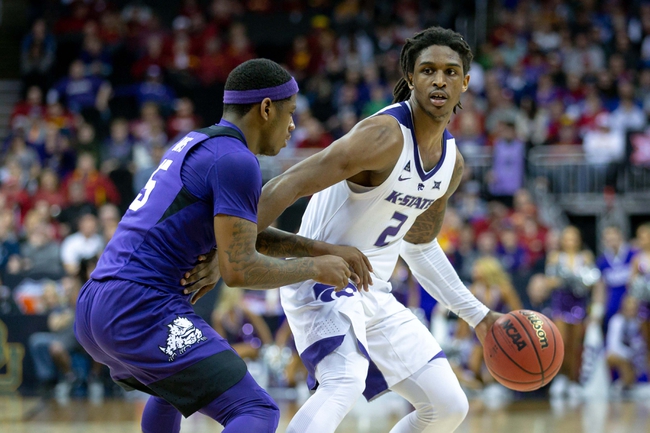 The North Dakota State Bison come into the 2019-2020 season looking to build on what was a decent season last year, finishing the year with an overall mark of 19-16, including 9-7 in Summit League play, finishing tied for 3rd but losing out on the 3-seed thanks to a tiebreaker with IPFW. The Bison defeated Oral Roberts, Western Illinois and Omaha on the way to their 4th Summit League tournament championship. The Bison received the conference’s automatic bid to the NCAA tournament where the run ended quickly as the Bison were taken down by Duke in the first round. The Bison return a huge chunk of last year’s team, including both of their double-digit scorers in Vinnie Shahid and Tyson Ward, with Ward also leading NDSU in rebounding with 6.2 rebound per game. Jared Samuelson, Rocky Kreuser and the returning Sam Griesel will be expected to round out the starting five for head coach David Richman, but all the pieces are definitely there for the Bison to make another run through the Summit League to the big dance come March. As a team, North Dakota State averaged 73 points per game on 45.4% shooting from the field, 36.5% from behind the arc and 77.7% from the foul line last season.

The Kansas State Wildcats will look to take another step forward under head coach Bruce Weber, finishing 2018-19 with an overall record of 26-9, including a 14-4 mark in Big 12 conference play, finishing the season as regular season co-champions. The Wildcats took down TCU in the quarterfinals before falling to Iowa State in the semis. K-State’s performance in the regular season earned them an at-large bid to the NCAA tournament, but the Wildcats’ stay was short-lived as K-State was upset by 13-seed UC-Irvine. The downside is that Kansas State is probably going to regress after the loss of guys like Barry Brown, Kamau Stokes and Dean Wade, all of whom have graduated from the program. The good news is that Cartier Diarra, Xavier Sneed and Makol Mawien are all back to anchor the Wildcats’ starting lineup, but integrating new faces into the lineup will be a task and a half in the early going. As a team, Kansas State averaged 65.8 points per game on 42.9% shooting from the field, 33.4% from behind the arc and 66.7% from the foul line last season. The Wildcats were also known for their defensive prowess, sitting 4th in the country in scoring defense, allowing just 59.6 points per game against last season.

I’d like to give North Dakota State a shot with the points here, but the Bison, despite having a lot of success last season, didn’t have much luck against above average opposition, losing to Gonzaga by 42 and to Iowa State by 22 points. Kansas State is missing some parts from last year’s team, but I think the Wildcats are well disciplined defensively and should be able to pull away from the Bison as the game goes on, so I’ll lay the points with Kansas State in this one.