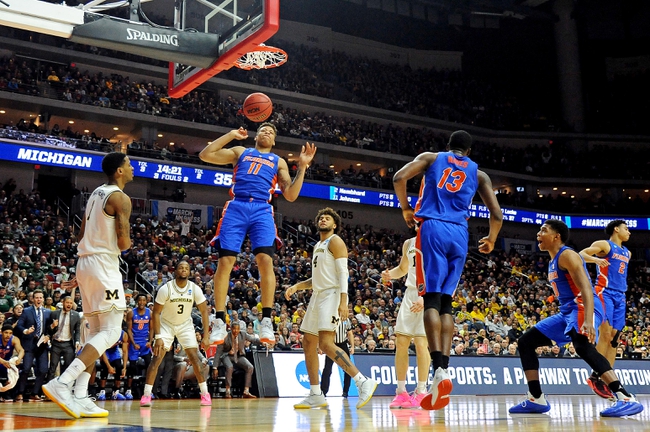 The Florida Gators enter this season ranked sixth in both the AP Poll and the Coaches Poll and the expectations are high as they are the second highest ranked team in the SEC behind Kentucky. Florida’s big offseason news was the signing of Virginia Tech transfer Kerry Blackshear who averaged 14.9 points and 7.5 rebounds for Virginia Tech last season. Florida Guard Noah Locke averaged 9.4 points, Forward Keyontae Johnson averaged 8.1 points and 6.4 rebounds, and Guard Andrew Nembhard averaged 8.0 points and 5.4 assists make the UF roster look loaded. Gator Freshman Scottie Lewis could be the key as Florida tended to get almost too defensive last season. If Florida can play well on offense, they could be a team to watch to go very far in March.

The North Florida Ospreys are a strong squad and it wouldn’t be a shocker to see them wind up in the NCAA Tournament as winners of the Atlantic Sun Conference, but the Liberty Flames may have something to say about that. UNF has some of the top players in the ASUN including last year’s ASUN Defensive Player of the Year Wajid Aminu who showed he could get it done against the bigger schools as well blocking seven shots against Minnesota as well as averaging 11.7 points per game.  Guard Ivan Gandia-Rosa and Guard/Forward Garrett Sams also return and should be team leaders this season. North Florida is a solid program and shouldn’t be a pushover for anyone.

Florida should be a better team than we saw last year but until I see them scoring points I can't lay this number against a talented UNF squad.