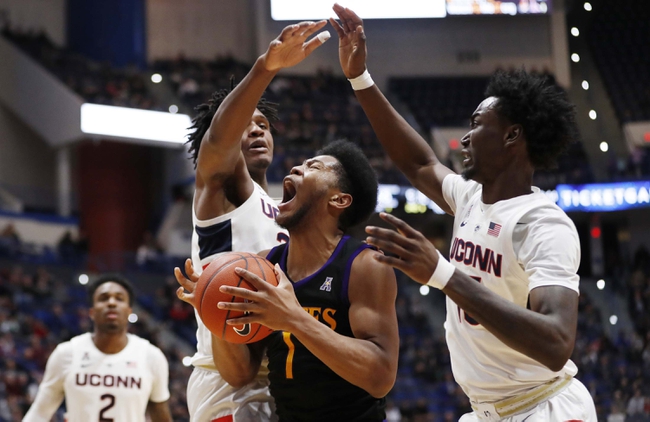 The VMI Keydets are coming off an 11-win season but finished the year wining four of their last five games. Garrett Gilkeson is back after averaging 10.9 points and 6.2 rebounds and Myles Lewis returns as a second double-digit scorer option. Greg Parham averaged 2.5 assists last season and should see a larger scoring role. The VMI Keydets should have a much improved season considering they return three of their top five scorers and finished the year playing some of their best basketball. The VMI Keydets just need to improve a defense that was one of the worst in the country, allowing 47.5 percent shooting and 81.8 points per game. The VMI Keydets have lost 11 of their last 12 road games.

The East Carolina Pirates won just 10 games last year and are riding a five-game losing streak. Jayden Gardner returns after leading ECU with 16.3 points and 8.5 rebounds while Seth LeDay averaged 11 points and 5.8 rebounds. Unfortunately, that’s about the only two key contributors returning from last season, as the Pirates have 11 new faces on this years roster. It’s nice to have Gardner back on the team, one of the better scorers in the AAC, but the Pirates will need him to be even better this year if they’re going to come close to sniffing a winning season. The East Carolina Pirates have lost five straight home games.

The VMI Keydets finished the season strong despite a disappointing record overall, and they return a lot of the key scorers from last season. The East Carolina Pirates have their top player returning and he'll be the best player on the floor in this game, but ECU has a ton of roster turnover and it usually takes time to adjust to all of the new faces. I usually like fading teams early in the season that have to replace so much production, as new guys hav to learn how to play together and figure out the pecking order. Give me VMI and the points.