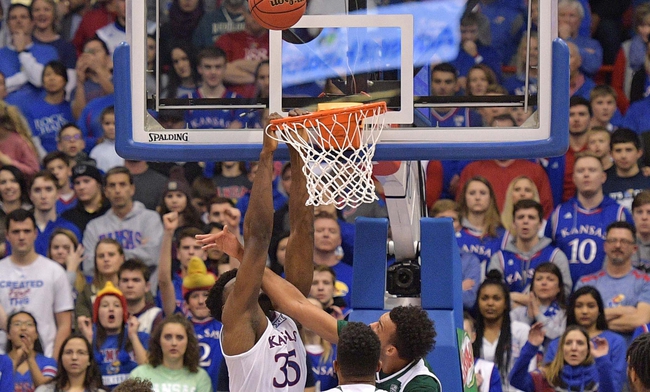 Where to Watch: ESPN, TSN1 Stream College Basketball all season on ESPN+. Sign up now!

The Kansas Jayhawks and the Duke Blue Devils meet in a marquee college basketball tilt from Madison Square Garden as part of the Champions Classic on Tuesday night.

The Kansas Jayhawks come into the 2019-20 season looking to rebound after a disappointing season by their own standards. Kansas finished the year with a 26-10 record, including a 12-6 mark in Big 12 conference play, good for 3rd in the Big 12 tournament, but snapping their streak of 14 consecutive Big 12 conference titles. The Jayhawks would receive an invite to the NCAA tournament, defeating Northeastern in the opening round before being upset by Auburn in the 2nd round. The Jayhawks lose nearly half of their scoring from last season, with guys like Lagerald Vick and Dedric Lawson gone after combining for 33.5 points per game last season as well as losing Quentin Grimes to a transfer to Houston. The good news is that Kansas brings back Devon Dotson, who averaged 12.3 points and a team-high 3.5 assists last season as well as Udoka Azubuike who averaged 13.4 points and Ochai Agbaji who totalled 40 points in Kansas’ two preseason games over the last couple of weeks. Head coach Bill Self usually has an embarrassment of riches when it comes to young talent coming in, so time will tell if that’s the case for this year’s Jayhawks team as well.

The Duke Blue Devils will look to carry over some of last year’s success to this season after finishing with a 32-6 overall record, including 14-4 in ACC play to finish in 2nd place. The Blue Devils took down Syracuse and arch rival North Carolina before defeating Florida State in the conference championship game for Duke’s 21st conference championship. The Dukies got the #1 seed in the East region in the NCAA tournament, defeating North Dakota State, UCF and Virginia Tech (again) to get to the Elite Eight before falling to Michigan State. Turnover was to be expected for Coach K with talents like Zion Williamson and RJ Barrett, who represented two of the top three picks in this year’s NBA draft, as well as Cam Reddish and Marques Bolden who also went pro. Tre Jones is back for his sophomore season after leading Duke with 5.3 assists per game to go along with his 9.4 points, while Jack White and Javin DeLaurier will be expected to shoulder a heavier workload in their senior seasons. It will be interesting to see how Duke progresses as the year goes on, but one thing is for sure, Coach K will have his guys ready for this one as the lights shine the brightest on opening night.

It's hard to pick a side here in a marquee matchup between two teams that usually have a lot of turnover from year-to-year with all of the one and dones that come through. I just think that the players that Kansas are bringing back are slightly better than what Duke is bringing back, and Kansas has also won three straight head-to-head meetings with Duke. I’ll take the free point with Kansas in this one.