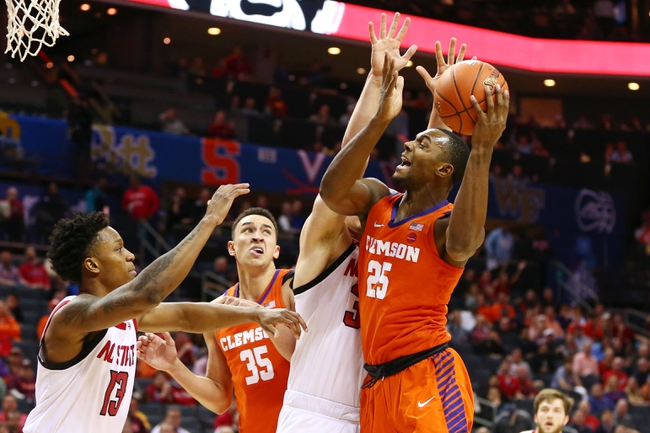 The Virginia Tech Hokies and the Clemson Tigers meet in an early season ACC college basketball clash from Littlejohn Coliseum on Tuesday night.

The Virginia tech Hokies come into the 2019-20 season hoping to keep pace after finishing the 2018-19 campaign with an overall record of 26-9, including 12-6 in ACC conference play, finishing in 5th place heading into the conference tournament. The Hokies took down Miami before falling to Florida State. Virginia Tech received an at-large bid to the NCAA tournament, defeating Saint Louis and Liberty before falling to Duke in the sweet 16. Mike Young takes charge after then head coach Buzz Williams went home to take the head coaching job at Texas A&M, leaving Young with arguably the most unenviable position in college basketball. Virginia Tech lost their top five scorers, including four double-digit scorers and their leading rebounder and assist man. Wabissa Bede and P.J. Horne will be expected to take over some of the leadership roles, but Bede and Horne each averaged less than four points per game last year with Bede averaging 3.6 shots per game last season. Only time will tell if some of the younger Hokies can take charge and step up in the face of adversity to keep the Hokies competitive.

The Clemson Tigers will hope to take another step forward after an up and down 2018-19 season, finishing the year with an overall mark of 20-14, including 9-9 in ACC play to finish in a tie for 8th, losing in the opening round of the conference tournament to NC State. The Tigers received an invite to the NIT where they took down Wright State before losing to Wichita State in the second round. Clemson loses all three of their double-digit scorers from last season, with Marcquise Reed, Shelton Mitchell and Elijah Thomas all graduating. However, the Tigers did a good job filling in the gaps, bringing back Aamir Simms who averaged 8.1 points and 4.6 rebounds while also adding a pair of grad transfers in Tevin Mack from Alabama and Curran Scott from Tulsa. Mack averaged 9 points and 3.3 rebounds for the Crimson Tide last season while Scott averaged 8.9 points while shooting just below 40% from three-point range last season. It will be interesting to see if coach Brad Brownell has the pieces to stay competitive in the ACC and maybe make a push for the NCAA tournament this time around.

This is a hard one to call as both sides lost a lot of talent, but I think that Clemson at least brought back some key guys from last season and added a couple of key transfers in Tevin Mack and Curran Scott. I’m surprised that this line’s not bigger, and maybe there’s something I don’t know, but given the amount of success the home team’s had in this matchup along with the fact that Clemson’s in the better spot coming into the season opener, I’ll lay the points with Clemson here.