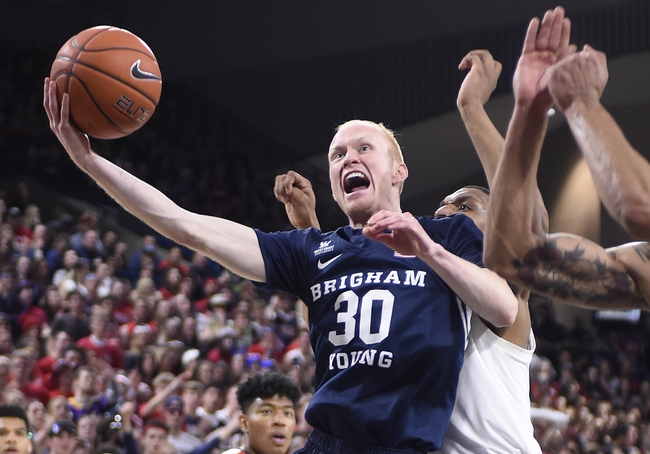 Where to Watch: BYU TV Stream College Basketball all season on ESPN+. Sign up now!

The CSU Fullerton Titans are coming off a 16-win season that ended in the first round of the CIT. Jackson Rowe returns after averaging 11.3 points and 7.9 rebounds while Austen Awosika is back after averaging 7.6 points and 3.5 assists. Johnny Wang played in nearly 15 minutes per game and Davon Clare grabbed 3.2 rebounds per game. The CSU Fullerton Titans should have some early growing pains with their top-two scorers no longer on the roster, but Rowe now has a chance to lead a team after three years of double-digit scoring and there’s three other seniors who will play a key role. I’m not ready to write off CSU Fullerton just yet despite key departures. The CSU Fullerton Titans have won four of their last seven road games.

The BYU Cougars won 19 games last year and finished the season losing three of their last four games. Yoeli Childs returns after averaging 21.2 points and 9.7 rebounds while TJ Haws averaged 17.8 points and 5.1 assists. Zac Seljaas played in 22.6 minutes per game last season and Connor Harding shot 46.3 percent from the field. The BYU Cougars have one of the better 1-2 scoring punches in the country in Childs and Haws, and it’s enough to make this team a legit NCAA Tournament team. BYU is going to push the pace and be able to score with just about any team in the country, it’s a question of getting key stops and improving on the defensive end. The BYU Cougars have won eight of their last 10 home games.

The CSU Fullerton Titans have a chance to provide some betting value with Rowe still on the roster, a guy who can consistently produce double doubles and power his team to wins here and there. The problem is the BYU Cougars are a scoring machine, especially at home, and they'll remain just that with one of the better 1-2 scoring punches in the country. If you're not willing to match BYU score for score, you can often get blown off the court. The CSU Fullerton Titans don't have the scoring depth to hang in this game. Give me BYU in a beatdown season opener.