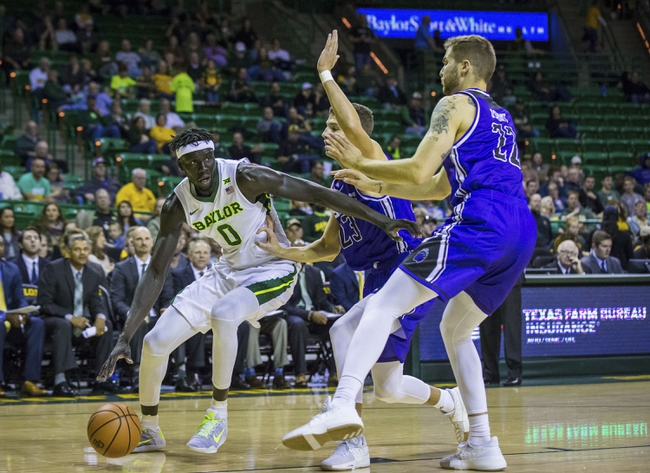 Where to Watch: ESPN + Stream College Basketball all season on ESPN+. Sign up now!

The Baylor Bears and the Central Arkansas Bears face off on Tuesday as they tip off the 2019-2020 Men’s College Basketball season.

The Baylor Bears look to be in a good position for this season and start the year ranked 16 in the AP Top 25 and 18 in the Coaches Poll. While Scott Drew’s Bears lose Makai Mason from last year’s team and Mario Kegler being suspended from the team and leaving the program in September, they are still loaded with talent. Tristan Clark returns after missing half of last season and he averaged 14.3 points and 6.2 rebounds per game but he geets plenty of help as Devante Bandoo looks ready for an increased role. Baylor’s Guards are led by Jared Butler who averaged 10.2 points, 3.1 rebounds, and 2.7 assists per game. I don’t expect Baylor to get much of a test here and we will likely see almost the entire bench get some action.

I just don't see Central Arkansas being able to hang in this one and while Baylor has gotten sloppy at times over the years, I seee them being way too talented.