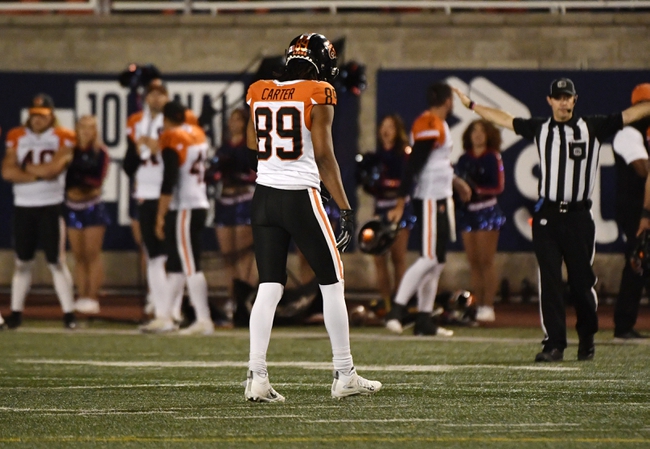 The Toronto Argonauts and BC Lions meet Saturday in CFL action at the BC Place.

The Toronto Argonauts need a victory here after losing five of their last six games. The Toronto Argonauts have lost five of their last six road games. McLeod Bethel-Thompson is completing 66.2 percent of his passes for 3,090 yards, 19 touchdowns and 12 interceptions. Bethel-Thompson has two or more touchdown passes in seven of his last nine games. Derel Walker and SJ Green have combined for 1,717 receiving yards and nine touchdowns while Armanti Edwards has 44 receptions. The Toronto Argonauts ground game is averaging 74.5 yards per contest, and James Wilder Jr. leads the way with 301 yards and one touchdown. Defensively, Toronto is allowing 33 points and 447.5 yards per game. Abdul Kanneh leads the Toronto Argonauts with 56 tackles, Cleyon Laing has five sacks and Alden Darby has three interceptions.

The BC Lions look for another victory to build on their three-game winning streak. The BC Lions have lost four of their last six home games. Mike Reilly is completing 69.3 percent of his passes for 3,615 yards, 15 touchdowns and 15 interceptions. Reilly has at least one touchdown pass in 27 of his last 32 games. Bryan Burnham and Lemar Durant have combined for 1,964 receiving yards and 11 touchdowns while Shaquille Johnson has 29 receptions. The BC Lions ground game is averaging 95.9 yards per contest, and John White leads the way with 717 yards and seven touchdowns. Defensively, BC is allowing 26.9 points and 349.2 yards per game. Maleki Harris leads the BC Lions with 58 tackles, Odell Willis has four sacks and Garry Peters has four interceptions.

The BC Lions have found a way to all of a sudden turn their season around during this three-game winning streak, mainly due to a defense that's giving up nothing easy and allowing very little through the air. However, BC is just 1-4-1 ATS at home this season and has failed to cover six of its last seven home games overall. And as bad as the Toronto Argonauts have been for the most part, the last three meetings between these teams have been decided by a combined five points. Six of the last nine meetings between the Toronto Argonauts and BC Lions have been decided by one score. I'll take my chances with the points and the road team.