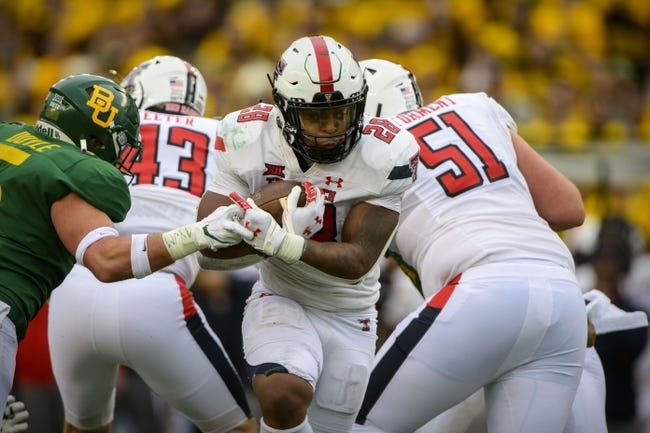 Mississippi State comes into this game with a 7-5 record overall and they have gone 7-5 against the spread. Even though this has been a decent season for the Bulldogs they are coming off a disappointing loss in their last game against Ole Miss. The offense could only manage 21 points and that led to the 10 point defeat. The Bulldogs are averaging 30.9 points while their defense is giving up 25.3 points. Will Rogers is under center for Mississippi State and he has thrown for 4,449 yards, 35 touchdowns, and eight interceptions. This is a team that doesn’t have a big running game with Dillon Johnson being the top back rushing for 423 yards and four touchdowns.

On the other side of this matchup is the Texas Tech Red Raiders who sit with a 6-6 record and they have gone 6-5-1 against the spread. The Red Raiders have lost two games in a row, but in the last game against Baylor they were competitive, losing by only three points. The last win for Texas Tech came against Iowa State and they put up 41 points in that game. Texas Tech is averaging 30 points while their defense is giving up 32.08 points per game. Under center for the Red Raiders is Donovan Smith and he has thrown for 929 yards, six touchdowns, and two interceptions.

When these two teams play in bowl games the over has been the play, and it’s going to be no different in this game. These are two talented quarterbacks, and there won’t be a ton of defense played by either team. Back the over to cash.

Get Premium Picks Start Winning Now »
The pick in this article is the opinion of the writer, not a PickDawgz site consensus.
Previous Pick
First Responder Bowl: Air Force vs Louisville - 12/28/21 College Football Picks and Prediction
Next Pick
Canceled: Holiday Bowl: UCLA vs NC State - 12/28/21 College Football Picks and Prediction