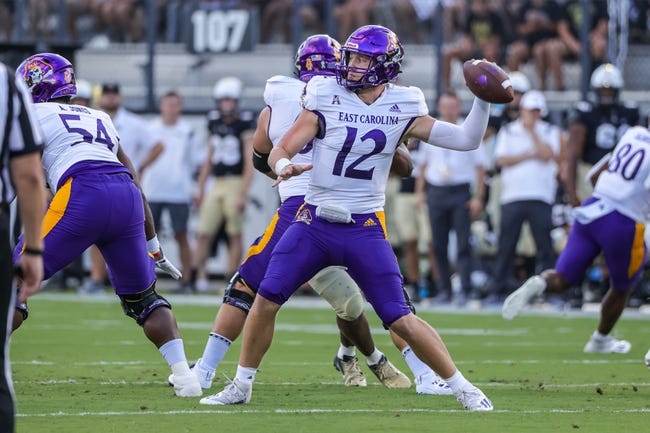 This game has been canceled due to a COVID outbreak for both teams. The Boston College Eagles and East Carolina Pirates face off on Monday in a college football showdown in the Military Bowl at the Navy-Marine Corps Memorial Stadium. This is the first meeting ever between the two teams.

The Boston College Eagles come into this game with a 6-6 record overall but they have lost two games in a row. In the last game against Wake Forest, the offense could only manage 10 points while the defense gave up 41 points. Phil Jurkovec looked awful throwing for only 19 yards, one touchdown, and two interceptions. The Eagles are averaging 24.6 points while their defense is giving up 22.2 points per game. On the season Jurkovec has thrown for 914 yards, seven touchdowns, and four interceptions. If Boston College wants to win this game, they are going to need to find a way to find more success with the offense.

On the other side of this matchup is the East Carolina Pirates who sit with a 7-5 record and they have gone 7-4-1 against the spread. The Pirates have won four of their last five games and the only loss was in the last game against Cincinnati. The previous two wins have come by a combined four points. East Carolina is averaging 29.7 points while their defense is giving up 26.3 points per game. Quarterback Holton Ahlers has been a star for this team throwing for 3,126 yards, 18 touchdowns, and 10 interceptions.

I trust Ahlers more than I trust Jurkovec and I expect East Carolina’s offense is going to find plenty of success in this game. Boston College will score a few touchdowns too, but it’s not going to be enough to cover this spread. Back East Carolina against the spread.