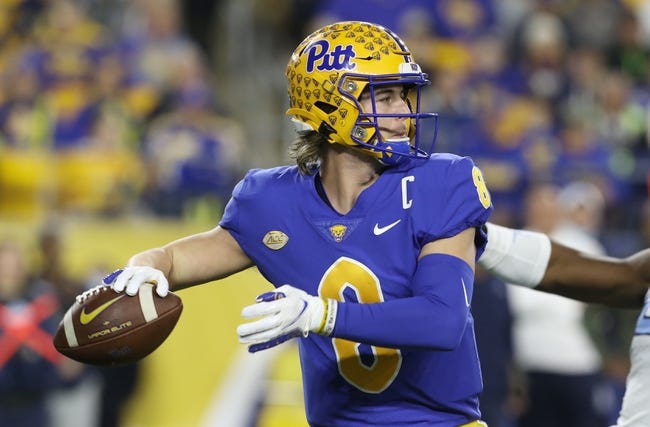 The Virginia Cavaliers will travel to Heinz Field to take on the 18th ranked Pittsburgh Panthers this Saturday afternoon in College Football action.

The Virginia Cavaliers lost their 2nd straight game and dropped to 6-4 on the season after being defeated by the 9th ranked Notre Dame Fighting Irish, 28-3, this past Saturday. Virginia’s high-powered offense had no answers for the Notre Dame defense in this one and could not fight back after the Fighting Irish went into halftime with a 21-0 lead. Virginia was outgained by Notre Dame by a 423-278 margin and committed 2 turnovers in the loss. Leading the way for the Cavaliers was WR Keytaon Thompson who had 9 receptions for 110 yards.

The 18th ranked Pittsburgh Panthers won their 2nd straight game and improved to 8-2 on the season after defeating the North Carolina Tar Heels, 30-23 (OT), on November 11th. Pittsburgh allowed North Carolina to fight back from an early 17-0 deficit to force OT, however, the Panthers scored on their opening possession in OT on a 11-yard TD reception by Lucas Krull and sealed the victory after UNC’s Sam Howell pass attempt on 4th down was intercepted by M.J Devonshire. Pittsburgh was outgained by UNC by a 441-384 margin and forced 1 turnover in the victory. Leading the way for the Panthers was QB Kenny Pickett who completed 25 of 43 passes for 346 yards, 3 TD, & 1 INT.

Virginia certainly has one of the more dangerous offenses in College Football, however, a large part of that success comes from QB Brandon Armstrong who at best will be less than 100% with a rib injury that forced him to sit out last week against Notre Dame. Pittsburgh is one of the few teams that statistically has a better offense than Virginia as they come into this game ranked 4th in scoring offense & 2nd in total offense and as I think the Panthers will have no trouble putting up plenty of points against a Virginia defense that has allowed 94 points over their last two games, I think the play here is to take the Pittsburgh to cover this spread. Good Luck!