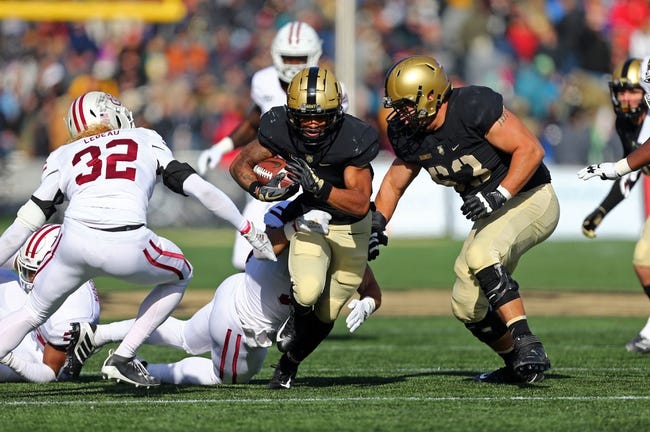 The UMass Minutemen have struggled so much that their woes stretch beyond this season, the Minutemen have only won two of its last 26 games. Their only win on the season came against UConn, a team who has struggled in their own right.

The Minutemen average 292 yard per game. They are allowing opponents to pick up 477.3 yards per game and average 7.3 yards per play against their defense.

The Black Knights began the season with four straight victories. In their last contest, they defeated Bucknell by 53 points last Saturday. They are currently on a two game win streak after defeating Air Force in OT at the beginning of the month.

The Knights are led by quarterback Christian Anderson. Anderson has thrown for 401 yards with four touchdowns he has no picks and rushed for 473 yards on 6.6 yards per attempt with six touchdowns.

Army is second in the nation, averaging 302.4 rushing yards per game. The Offense of the Black Knights is averaging over 400 yards per contest. They do the majority of their work on the ground as more than 75% of their offense comes from the run.

Army is allowing 24.2 points per game and is 19th in the nation, holding opponents to 322.8 yards per game.

Although the Minutemen are 0-4 ATS in their last 4 games overall and 0-4 ATS in their last 4 games following a straight up loss of more than 20 points. I like for them to come out and keep this game closer than this extremely large spread. Army is dominant but may be looking towards bowl games and is only focused on getting the win, not laying the 30+ point smackdown. I’ll take a chance with this abysmal UMass Minutemen.