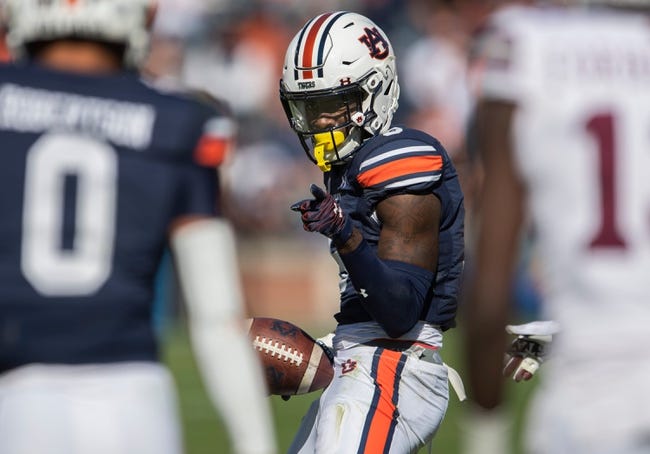 The Auburn Tigers and South Carolina Gamecocks face off on Saturday in an ACC college football showdown at Williams-Brice Stadium. When these two teams faced off in 2020, South Carolina came away with the 30-22 victory.

The Auburn Tigers come into this game with a 6-4 record overall but they have lost two games in a row. In the last game against Mississippi State the defense really struggled giving up 43 points, and that led to the nine point defeat. Auburn is averaging 31.6 points while their defense is giving up 22.1 points per game. Under center for Auburn is Bo Nix who has thrown for 2,294 yards, 11 touchdowns, and three interceptions. In this game if Auburn wants to come away with the victory, Nix is going to have a big game.

On the other side of this matchup is the South Carolina Gamecocks who sit with a 5-5 record and they are coming off a loss against the Missouri Tigers. South Carolina outscored Missouri 14-7 in the fourth quarter, but it wasn’t enough as they were defeated by three points. Missouri is averaging 23.5 points while their defense is giving up 24.5 points per game. Under center for Missouri is Jason Brown who threw for 193 yards, two touchdowns, and one interception. The defense at times has been inconsistent, and in this game, they are going to need the defense to force a few turnovers.