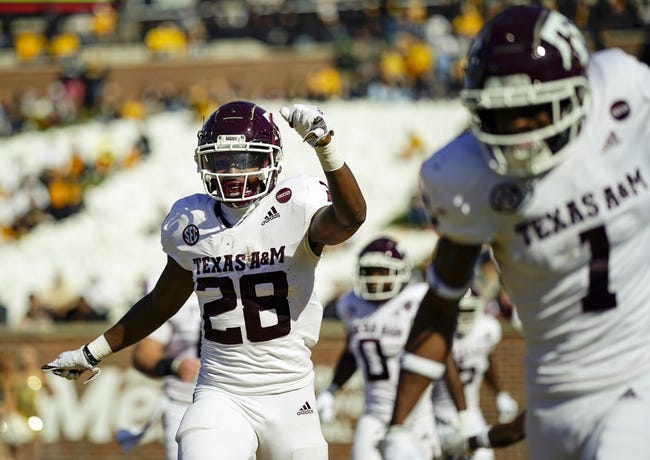 The 11th ranked Texas A&M Aggies won their 4th straight game and improved to 7-2 on the season after defeating the 13th ranked Auburn Tigers, 20-3, this past Saturday. Texas A&M was outstanding on the defensive end against Auburn and was able to pull away after a 24-yard fumble return for a TD by the Aggies Micheal Clemons gave Texas A&M a 17-3 lead with 13:04 left in the 4th quarter. Texas A&M outgained Auburn by a 409-226 margin and won the turnover battle by a 2-1 margin in the victory. Leading the way for the Aggies was RB Isaiah Spiller who had 112 rushing yards on 21 carries.

The 15th ranked Ole Miss Rebels improved to 7-2 on the season after defeating the Liberty Flames, 27-14, this past Saturday. Ole Miss was able to get off to a fast start against the tough Liberty defense and held on for the victory after going into halftime with a 24-0 lead. Ole Miss outgained Liberty by a 466-457 margin and won the turnover battle by a 3-0 margin in the victory. Leading the way for the Rebels was RB Jerrion Ealy who rushed for 115 yards & 2 TD on 10 carries.

Ole Miss has one of the best QB’s in the country in Matt Corral, however, a major part of the Rebels offensive attack is on the ground which I think is going to have trouble against an Aggies defense that has been lights out as of late and comes into this game ranked 28th in rushing defense. Ole Miss has struggled defensively this season which should allow the Aggies to have some success on the ground with Isaiah Spiller & David Achane and as I think Texas A&M continues their recent strong run, I think the Aggies do enough in this one to cover this small road spread. Good Luck!