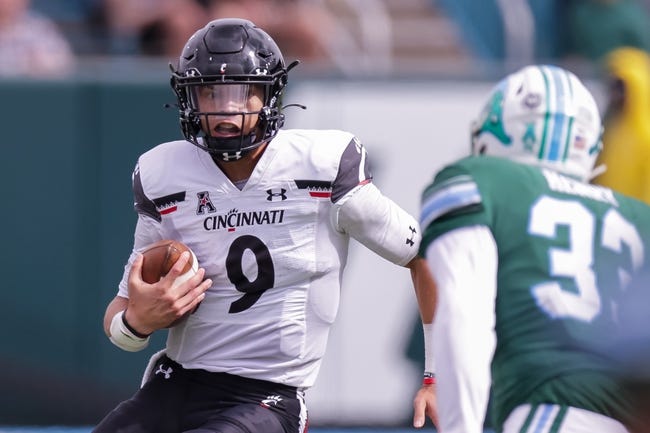 The Tulsa Golden Hurricane and Cincinnati Bearcats face off on Saturday in an AAC showdown at Nippert Stadium. When these two teams last faced off in 2019 it was Cincinnati that came away with the 24-13 victory.

Tulsa comes into this game with a 3-5 record overall but they have won two of their last three games. In their last game against Navy, even though they lost, they were competitive, but they lost 20-17. Tulsa is averaging 24.4 points per game while the defense is giving up 30. 9 points per game. Under center for Tulsa is Davis Brin and he has thrown for 2,080 yards, 11 touchdowns, and 11 interceptions. Sharmari Brooks has been the top running back rushing for 588 yards and four touchdowns.

On the other side of this matchup is the Cincinnati Bearcats who sit with an 8-0 record but to make the college football playoff they are going to need to win out, and they are probably going to need some help. Cincinnati is averaging 39.9 points while the defense is giving up 14.3 points per game. In the last game against Tulane, they pulled away in the second half and that led to the 31-12. Under center for the Bearcats is Desmond Rider and he has thrown for 1,847 yards, 18 touchdowns, and four interceptions. Jerome Ford has also had a big season rushing for 864 yards and 14 touchdowns.

Cincinnati is no doubt the better team, but Tulsa has been playing better as of late, and they are going to find success again in this game. Look for Tulsa’s defense to find some success early and although Cincinnati will seal the deal in the second half, the Golden Hurricane will have found enough success to cover the spread. Back Tulsa against the spread.