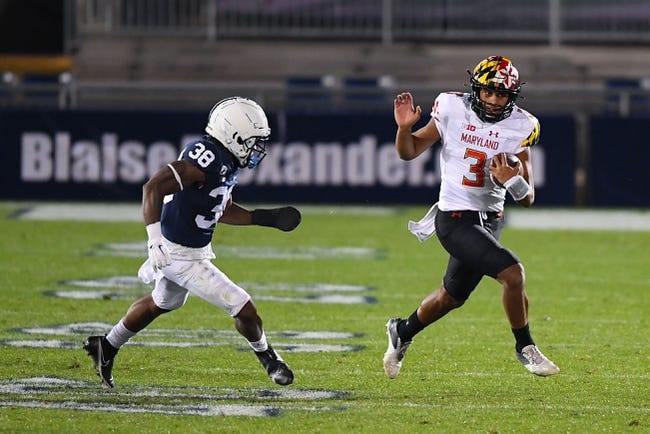 Both of these teams will be coming into this one with identical records as the Maryland Terrapins play host to the Penn State Nittany Lions on Saturday afternoon. Penn State has won 5 of the last seven meetings in this matchup.

QB for the Nittany Lions, Sean Clifford has completed 65.2 percent of his passes for 2,008 yards, 13 touchdowns, and six interceptions. Last time out, Clifford went 35-52 for 361 yards with one TD and one pick in a loss to Ohio State. Penn State is averaging 26.5 points per game and they’re averaging 267 passing yards and 108.1 rushing yards per game.

The Terps are one win away from bowl eligibility. Maryland is averaging 29.3 points per game coming from averages of 309.3 passing yards and 121.9 rushing yards per game.

Taulia Tagovailoa has completed 70.2 percent of his passes for 2,384 yards, 17 touchdowns, and 8 interceptions. In their 3 point win against Indiana last game, he threw for 419 yards and two touchdowns.

Penn State has felt overrated this season. They are in a lookahead here with Michigan making the visit next week. Although the Terrapins are 0-4 ATS in their last 4 games overall, I look for them to go against that trend. The Under is 6-1-1 in Nittany Lions last 8 games following a straight up loss so I look for this one to be tight. Maryland will try to get the win for bowl eligibility purposes. Penn State gets the win, but Maryland will keep it close.