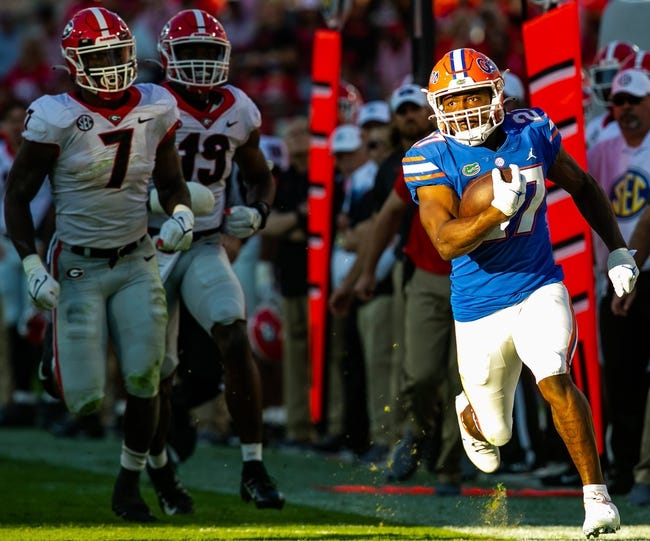 Florida is coming off a blowout loss to its rival in Georgia, 34-7. With under three minutes in the first half, the Gators only trailed 3-0 with the ball on its own two-yard line. Somehow and someway, Florida went into the break down 24 points with absolutely zero momentum. Florida was not able to recover from the various mistakes it made at the end of the 2nd quarter and now, Florida sits at .500 with a 4-4 record overall and 2-4 in conference play. Florida has two SEC games remaining on its schedule, both on the road. Florida has scored 31 points per game and has earned 483 total yards of offense per game as well. Florida's offense only put up seven points on Georgia, but in terms of yards, the Gators earned 146 more yards than the average team does against UGA this season. Florida's defense has been inconsistent in 2021, but on the year the Gators are allowing 23 points per game and 338 total yards per game as well.

These two teams met last year in which Florida was victorious in that game by the score of 38-24. The home team is 0-3 against the spread in the last three games and 2-6 in the last eight in this matchup. There has not been an upset in this series since 2014.

Florida is an 18-point favorite and the total is set at 52.5. We have seen Florida blow teams out in very similar spots to this one coming off a few losses. I think the Gators take out their frustrations on the road here and win this game by three touchdowns or more.