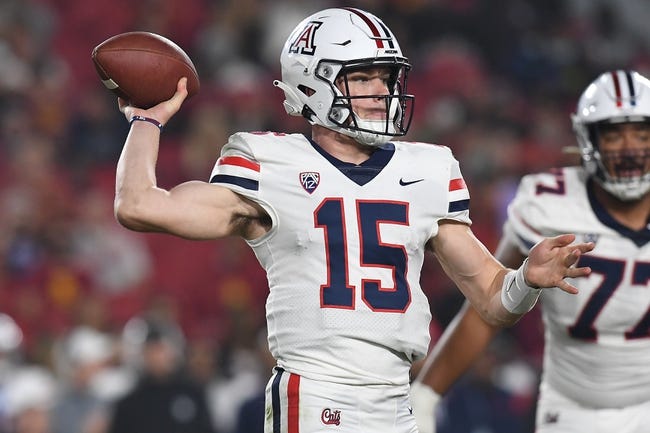 Where to Watch: Pac-12 Network Stream live sports and exclusive originals on ESPN+. Sign up now!

The California Golden Bears and Arizona Wildcats face off on Saturday in a Pac 12 showdown at Arizona Stadium. When these two teams last faced off in 2018, it was Arizona that won 24-18.

The Cal Golden Bears come into this game with a 3-5 record overall but they have won two games in a row. In the last game against Oregon State, Cal was able to win 39-25. Cal is averaging 25.4 points while the defense is giving up 23.8 points per game. Under center for Cal is Chase Garbers and he has thrown for 1,979 yards, 14 touchdowns, and five interceptions. Damien Moore has also rushed for 502 yards, and six touchdowns. The offense has been better as of late, and if they want to come away with a victory, it’s going to be important that offense continues the success.

On the other side of this matchup is the Arizona Wildcats who sit with an 0-8 record overall and they have gone 4-4 against the spread. In the last game against USC, Arizona was competitive scoring 34 points, but the defense gave up 41 points. Arizona is averaging 16.8 points while the defense is giving up 31.8 points per game. Under center for Arizona is Will Plummer who has thrown for 706 yards, two touchdowns, and five interceptions. Arizona needs the offense to not have turnovers in this game, or this will be a long game.