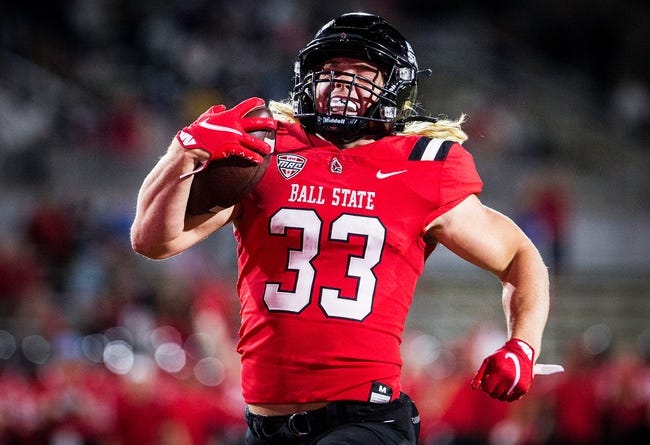 The Ball State Cardinals and Akron Zips face off on Tuesday night in some midweek MACtion at InfoCision Stadium. The last time these two teams faced off was in 2017 and it was the Zips that came away with the 31-3 victory.

The Ball State Cardinals come into this game with a 4-4 record and they have won three of their last four games. In the last game against the Miami Redhawks, Ball State was competitive but they were outscored 8-0 in the 4th quarter and that was the difference as they were defeated by seven points. The Cardinals are averaging 24.5 points while the defense is giving up 27.9 points per game. The Cardinals offense has done a good job of getting out to fast starts in games averaging 7.7 points per game in the 1st quarter.Under center for Ball State is Drew Pitt and he has thrown for 1,591 yards, 11 touchdowns, and four interceptions. Running back Carson Steele has also rushed for 428 yards and five touchdowns.

On the other side of this matchup is the Akron Zips who sit with a 2-6 record and they have lost two games in a row. In the last game, Akron’s offense was an issue again scoring only 10 points while the defense gave up 45 points to Buffalo. Akron is averaging 19.9 points while the defense is giving up 19.9 points per game. Under center for Akron is DJ Irons who has thrown 890 yards, eight touchdowns, and four interceptions. Irons has also rushed for 300 yards and two touchdowns.

Ball State is the better offensive team, and I expect Akron is going to struggle to score in this game. Look for Akron to score 10 points or less, and that won’t be enough to keep it close. Back Ball State against the spread.