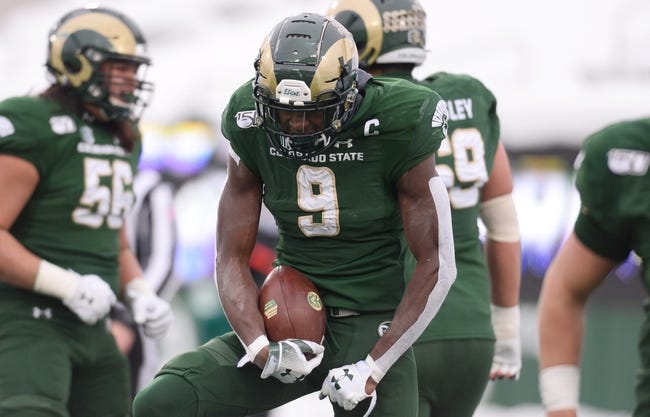 The Boise State Broncos will travel to Canvas Stadium to take on the Colorado State Rams this Saturday night in College Football action.

The Boise State Broncos dropped to 3-4 on the season after being defeated by the Air Force Falcons, 24-17, on October 16th. Boise State struggled on the offensive end against Air Force and could not fight back after a 28-yard FG by the Falcons Matthew Dapore gave Air Force a 24-14 lead with 2:49 left in the 4th quarter. Boise State was outgained by Air Force by a 366-337 margin and lost the turnover battle by a 2-1 margin in the loss. Leading the way for the Broncos was QB Hank Bachmeier who completed 23 of 36 passes for 259 yards, 1 TD, & 1 INT.

The Colorado State Rams dropped to 3-4 on the season after being defeated by the Utah State Aggies, 26-24, on October 22nd. Colorado State fought back from a 26-17 deficit with just 5:03 left in the 4th quarter to have a chance to win it late, however, the Rams Cayden Camper missed a game-winning 42-yard FG as time expired. Colorado State outgained Utah State by a 472-344 margin, however, did lost the turnover battle by a 2-1 margin in the loss. Leading the way for the Rams was RB David Bailey who had 159 rushing yards & 2 TD on 30 carries.

Boise State is a solid team, however, the Broncos are nowhere near the level that we have seen in past years and haven’t been as explosive on the offensive end as they currently rank just 92nd in total offense. Colorado State has some great impact weapons on the offensive end in RB David Bailey & TE Trey McBride and have been led by their defense what ranks 15th in rushing defense & 8th in total defense. Colorado State is a tough place to play and as I think the Rams will have success keeping this game a low-scoring affair, I think the play here is to take Colorado State and the points. Good Luck!