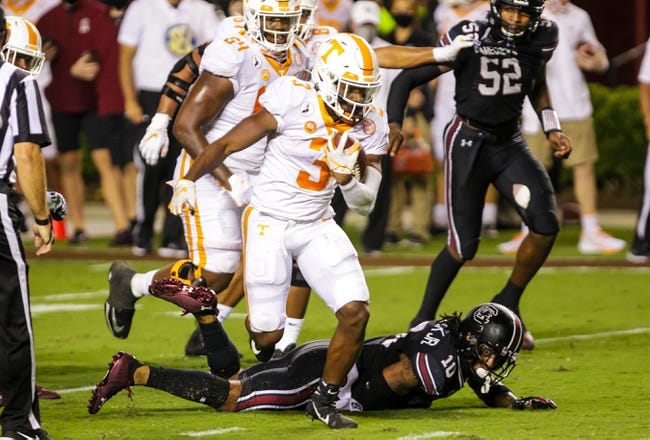 Tennessee is coming off a resounding victory over Missouri last week, 62-24. Saying that Tennessee "ran all over" Missouri would be a severe understatement, as Tennessee put together one of the best rushing performances you are going to see in an SEC contest. Tennesse rushed 59 times for 458 rushing yards and 7.8 yards per attempt on Missouri as it was an ugly game to watch from start to finish. Tennessee is now 3-2 on the year and 2-3 against the spread this season, owning a 1-1 conference record. Tennessee's offense has scored 30 points or more in every game this season except in its loss to Florida. Tennessee averages 255 yards per game on the ground and 41 points per game on the year. Defensively, the Vols are allowing 339 total yards per game and 22 points per game to their opponents.