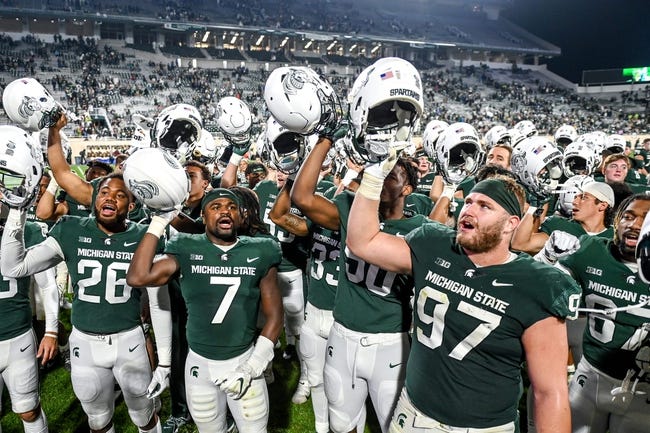 The Michigan State Spartans and Rutgers Scarlet Knights face off on Saturday in a Big Ten college football showdown at SHI Stadium. When these two teams faced off in October of 2020, Rutgers won 38-27.

Michigan State has been quite impressive so far this season sitting with a perfect 5-0 record. With the new coaching staff, the offense has really improved and in four of the five games, they have scored at least 38 points. Michigan State is averaging 37.8 points per game while their defense is giving up 20.6 points. Under center for Michigan State is Peyton Thorne who has thrown for 1,236 yards, 11 touchdowns, and one interception. The star on the ground is Kenneth Walker III and he has rushed for eight touchdowns. At times the defense has been an issue, and they need to be strong on that side of the ball in this one.

On the other side of this matchup is Rutgers who won their first three games of the season, but have lost back-to-back games against Michigan and Ohio State. In the last game, Ohio State scored 52 points, while Rutgers could only manage 13 points. Rutgers is averaging 29.8 points while the defense is giving up 21.2 points. Under center is Noah Vedral who has thrown for 914 yards, six touchdowns, and three interceptions. He has also rushed for 151 yards. The top running back has been Isiah Pacheco and he rushed for 267 yards and three touchdowns. If Rutgers wants any chance to win this game, they need the offense to be better.