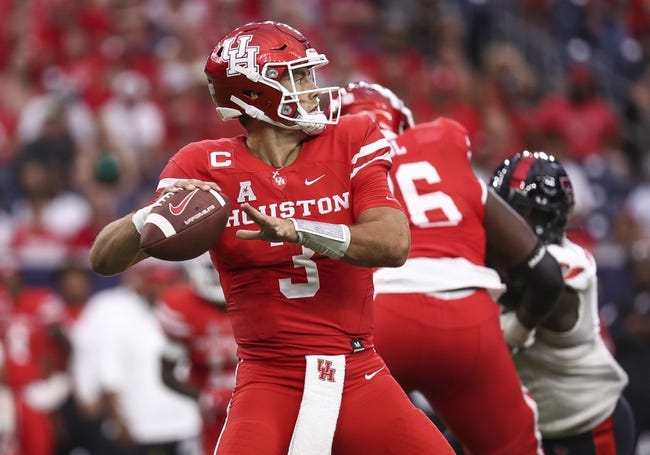 The Houston Cougars and Tulane Green Wave face off on Thursday in a Week 6 AAC college football showdown at Yulman Stadium. When these two teams faced off in 2020, Houston came away with the 49-31 victory. The Cougars gave up only seven points in the second half of that game.

Houston opened up their season with a loss against Texas Tech, but since that point, they have won four games in a row. In the last game against Tulsa, the offense was elite scoring 45 points, and that led to the 35 point victory. Houston is averaging 36.6 points while their defense is giving up 15 points. They are averaging 371 yards per game and 239.8 yards per game come through the air. Under center for Houston is Clayton Tune who has thrown for 970 yards, seven touchdowns, and six interceptions. Tune dealt with some injuries earlier in the season, but he looks fully healthy now. Running back Alton McCaskill is also having a big season rushing for 310 yards and seven touchdowns. Out wide the star player is Nathaniel Dell who has thrown for 424 yards and three touchdowns.

On the other side of this matchup is the Tulane Green Wave who had high expectations this season but they have only one win and that came against Morgan State. In the first game of the season, Oklahoma lost to Tulane 40-35 but that was the only real impressive loss. In the last game against East Carolina, the defense was a big issue again giving up 52 points. Under center for Tulane is Michael Pratt and he has thrown for 1,150 yards, 11 touchdowns, and five interceptions. The best running back has been Cameron Carroll and he has rushed for 204 yards and two touchdowns.

Tulane’s defense has been awful, including the last game where they gave up 52 points. I expect Tune to have another big game for Houston, and this game is going to get out of hand early. Houston is going to score at least 42 points, and that will lead to the visiting team covering the spread.