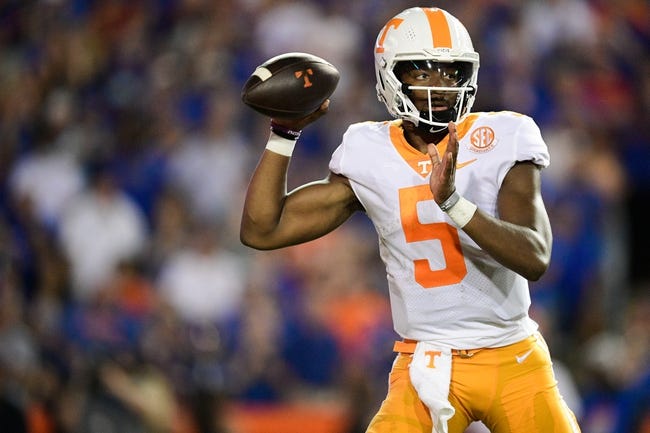 The Tennessee Volunteers and Missouri Tigers face off on Thursday in a Week 5 college football showdown at Faurot Field. The last time these two teams faced off was in October of 2020 and Tennessee won that game 35-12.

The Tennessee Volunteers can’t be happy with how this season has gone so far this season. The Volunteers have wins over Bowling Green and Tennessee Tech, and the losses came against Pittsburgh and Florida. This is a defense that has some issues and a few games ago against Pitt, they gave up 41 points. Tennessee is averaging 35.5 points per game while their defense is giving up 21.2 points. Under center for Tennessee is Hendon Hooker who has thrown for 613 yards, seven touchdowns, and one interception. In this game, Tennessee needs the defense to be strong.

On the other side of this matchup is the Missouri Tigers who also have a 2-2 record but they are coming off a loss against Boston College. They forced overtime with a last-second kick, but in overtime, they lost by seven points. On the season, Missouri is averaging 38.7 points while the defense is giving up 32 points per game. Under center for Missouri is Connor Bazelak who has thrown for 1,200 yards, 10 touchdowns, and three interceptions. Tyler Badie has had a big game on the ground putting up 417 yards and five touchdowns. Missouri is averaging 12.3 points per game in the first game which is 6th best in college football. In this game it’s going to be about getting out to that fast start again.

This has been a series that has been dominated by the favorite, and that is going to continue in this game. I don’t trust the Tennessee defense, and Missouri is going to torch them with another good performance from Bazelak. Back Missouri to win this game and cover the spread.