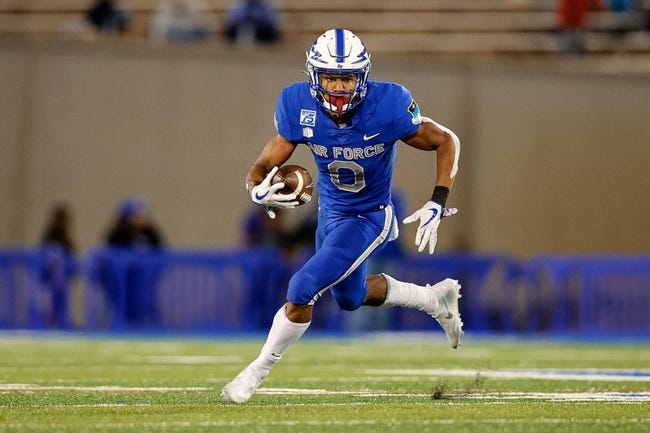 The Air Force Falcons and New Mexico Lobos face off on Saturday in a Mountain West showdown at University Stadium. In November of 2020, Air Force came away with the 28-0 victory.

The Air Force Falcons have gotten out to a fast start to the season winning three of their first four games. In the last game against Florida Atlantic, the defense was elite giving up only seven points and that led to the blowout victory. Air Force on the season is averaging 33.5 points while giving up 18.2. Air Force is giving up only 1.75 points per game in the first quarter, and the defense is going to need to be good early in this game. Air Force is a run first team, but they do pass a little more than other option first teams. Haaziq Daniels on the season has thrown for 351 yards, one touchdown, and one interception. The top rusher has been Brad Roberts who put up 398 yards and three touchdowns. Daniels has also found the end zone seven times on the ground.

On the other side of this matchup is the New Mexico Lobos who won their first two games of the season, but since that point have lost two games. Two games ago they lost to Texas A&M 34-0 and in the last game against UTEP they lost 20-13. New Mexico is averaging 18.5 points while their defense is giving up 24 points. New Mexico is averaging 319.3 yards per game and 129.8 yards per game of those came on the ground. Under center for New Mexico is Terry Wilson who has thrown for 752 yards, six touchdowns, and two interceptions. Aaron Dumas and Bobby Cole have both rushed for over 190 yards.