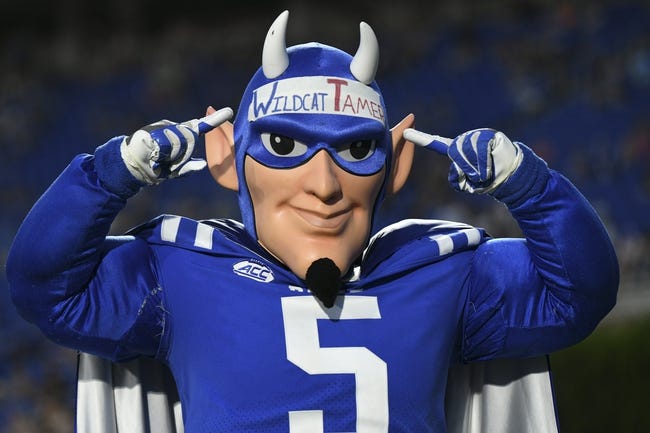 The Kansas Jayhawks and Duke Blue Devils face off on Saturday in a week four college football showdown at Wallace Wade Stadium.

Kansas opened up their season with a victory over South Dakota, but since that point, they have really struggled. In the last game against Baylor, the offense really struggled scoring only seven points, and that led to the 35 point defeat. Under center for Kansas is Jason Bean who has thrown for 409 yards, three touchdowns, and zero interceptions. Kansas on the season is averaging 15.33 points per game while their defense is giving up 36 points. The defense is an issue, but if they want any chance in this game they need the offense to be better. If the offense struggles, they are going to have some issues getting the job done.

On the other side of this matchup is the Duke Blue Devils who lost their first game of the season against Charlotte, but they have won their last two games. In the last game against Northwestern, the offense put up 30 points and that led to the victory. Duke is averaging 34.3 points per game while their defense is giving up 23.67 points per game. Under center for Duke is Gunnar Holmberg and he has thrown for 812 yards, two touchdowns, and one interception. Mataeo Durant is the best running back and he sits with 398 yards and seven touchdowns. Duke appears to have the better offense, and in this game, they need to try to run up the score with the offense.

Duke is going to have no issue running up the score, but I also expect the Jayhawks offense to find more success. All trends point towards the over, and I expect there to be closer to 65 points scored. Back the over.