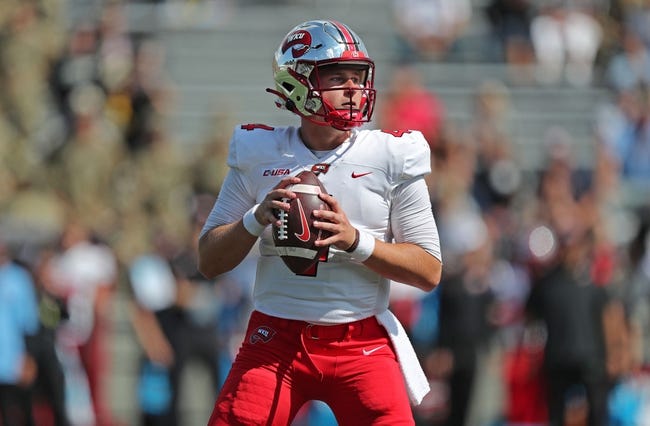 The Indiana Hoosiers will travel Houchens Industries-L.T. Smith Stadium to take on the Western Kentucky Hilltoppers this Saturday night in College Football action.

The Indiana Hoosiers dropped to 1-2 on the season after being defeated by the 8th ranked Cincinnati Bearcats, 38-24, this past Saturday. Indiana went into halftime with a 14-10 lead, however, the defense struggled in the 2nd half and allowed Cincinnati to pull away for victory after a 19-yard TD reception by the Bearcats Alec Pierce gave Cincinnati a 30-24 lead with 12:13 left in the 4th quarter. Indiana outgained Cincinnati by a 376-328 margin, however, lost the turnover battle by a 4-2 margin in the loss. Leading the way for the Hoosiers was WR D.J. Matthews Jr. who had 5 receptions for 120 yards.

The Western Kentucky Hilltoppers dropped to 1-1 on the season after being defeated by the Army Black Knights, 38-35, on September 11th. Western Kentucky fought back from a 35-14 deficit early in the 4th quarter to make it a game late, however, the Hilltoppers couldn’t recover the onside kick after an Adam Cofield 2-yard TD run made it a three-point game with just :22 seconds left in regulation. Western Kentucky outgained Army by a 477-416 margin and committed 1 turnover in the loss. Leading the way for the Hilltoppers was QB Bailey Zappe who completed 28 of 40 passes for 435 yards, 3 TD, & 1 INT.

Indiana is a solid team, however, they have struggled against top-tier competition in Iowa & Cincinnati and it’s a bit concerning to see QB Michael Penix Jr. struggled as much as he has this season. Western Kentucky battled a very good Army team on the road and has one of the better passing attacks in CFB, led by Bailey Zappe. I think this is going to be a high-scoring, competitive game and as I think the Hilltoppers will have some success against the Indiana defense at home, I’m going to take the Hilltoppers and the points while also putting something on the over. Good Luck!