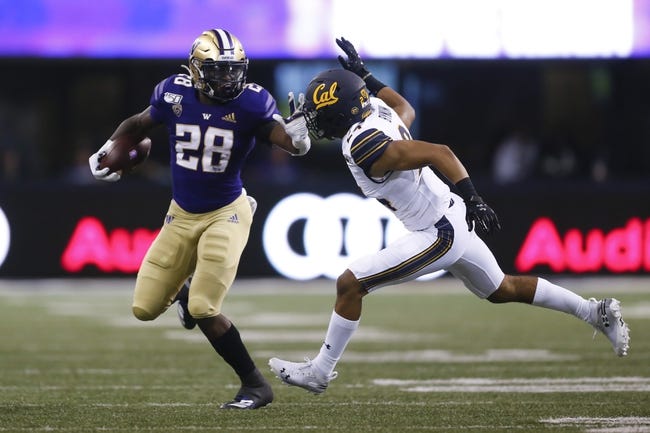 Where to Watch: Pac-12 Network Stream live sports and exclusive originals on ESPN+. Sign up now!

The Cal Golden Bears and Washington Huskies face off on Saturday in a Week 2 college football showdown at Husky Stadium.

There was some hope that the California Golden Bears would take another step forward this year, but they have lost two of their first three games. Cal lost to Nevada and TCU before beating Sacramento State in the last game. Even though they won the last game, Cal gave up 30 points to Sacramento State and they need the defense to be a lot better. Cal is averaging 30.3 points per game while the defense is giving up 28.67 points. Under center for Cal is Chase Garbers who has thrown for 774 yards, five touchdowns, and two interceptions. In this game, Cal needs the defense to be better.

On the other side of this matchup is the Washington Huskies who lost their first two games, before bouncing back in a big way. The first two games the offense only managed 17 points total, but in the last game, they put up 52 points against Arkansas State. Under center for Washington is Dylan Morris who has thrown for 886 yards, four touchdowns, and five interceptions. The running game for this team hasn’t been elite and the top rusher is Richard Newton who has rushed for 138 yards and a touchdown.

Both of these teams have offenses that can’t really be trusted, and I don’t expect either team is going to really break out in this game. I expect Washington’s defense is going to struggle, and the under is going to cash. In terms of the side it's a lean to Washington to cover the spread, but this is a big number to lay with a team that doesn't have a great offense.