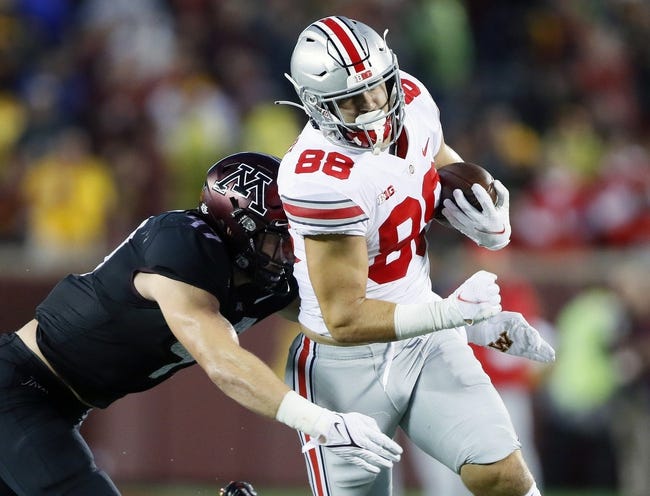 The Akron Zips and Ohio State Buckeyes face off on Saturday in a Week 4 college football showdown at Ohio Stadium. These two teams have faced off eight times before, with Ohio State winning seven of the games.

The Ohio State Buckeyes sit with a 2-1 record overall, but they still have a whole lot of question marks right now. Ohio State had issues with Minnesota in the first game, and in the last game they were defeated by Oregon. Ohio State did beat Tulane 40-21 in the last game, but there wasn’t anything impressive about that game. Quarterback CJ Stroud has completed 63 passes for 963 yards, eight touchdowns, and three interceptions. Stroud is expected to miss this game with an injury which is a big loss for them. TreVeyon Henderson has been strong on the ground putting up 346 yards and four touchdowns. The defense for Ohio State has been an issue, especially the secondary, and in this game, anything more than 10 points scored by Akron would be a big disappointment

On the other side of this matchup is the Akron Zips who lost their first two games of the season before winning their last game against Bryant. DJ Irons had a big game for Akron completing 19 of his 23 passes for 296 yards and three touchdowns. Irons also had a big game on the ground rushing 15 times for 136 yards and a touchdown. Akron is averaging 23 points while their defense is giving up 39.67 points. Irons on the season has thrown for 534 yards, five touchdowns, and one interception. Wide receiver Michael Mathison has 18 receptions for 230 yards and a touchdown. If Akron wants to win this game, they are going to need the defense to step up.

Ohio State will score plenty in this game, but Akron is also going to have no issue scoring too. Akron is going to score at least 21 points, and that will be enough to push this game over the total. Back the over.