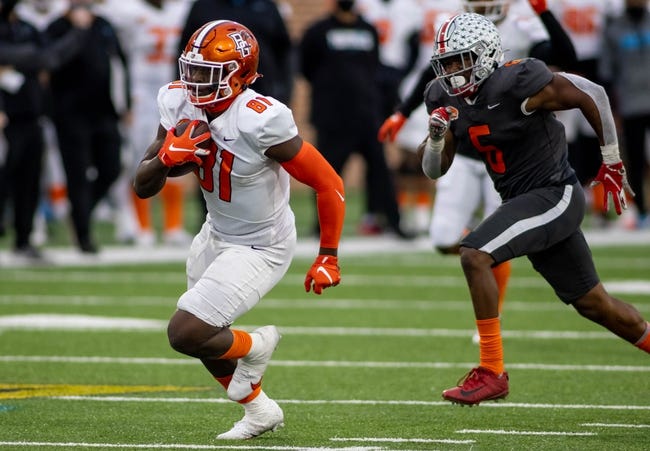 Bowling Green is in the midst of a sizable rebuild of its football program. The 2020 season was not a pretty one for the Falcons, as they ended the season with a winless record of 0-5 in the MAC. Bowling Green struggled mightily on both sides of the ball, allowing at least 31 points in each of its five losses and not scoring 10 or fewer points in three of its five games as well. Bowling Green only returns four starters on offense, which does include quarterback Matt McDonald. McDonald finished the season with 712 passing yards, one touchdown, and six interceptions. Defensively, Bowling Green returns eight starters, which puts the team at #118 in terms of total returning starters. The head coach of Bowling Green is Scott Loeffler, who is in his third season at Bowling Green with a 3-14 record overall.

Tennessee is coming off a disappointing campaign in 2020 with a 3-7 record. Tennessee started with the season with two conference wins over South Carolina and Missouri but ended the year on a 1-7 run, only beating Vanderbilt on the road. Tennessee may not have the most returning starters in the SEC, but there is still a real level of excitement when it comes to the signees and transfers Tennessee picked up. This includes now starting quarterback Joe Milton III, who transferred to Tennessee from Michigan and will be the starter in this game. Tennessee has seven returning starters on the defensive side of the ball and is projected to be a much-improved team this season. This particular game for Tennessee should give the Vols no fits at all, as this should be the type of game the fans want to see and get excited for in the end.

Tennessee is a 35-point favorite and the total is set at 61. I do not like laying five touchdowns just as much as the next guy, but it's either Tennessee or pass in my opinion. I do not think Bowling Green scores a touchdown in this one, and I would not be surprised to see Tennessee pitch a shutout. I expect Tennessee to score at least 40 points, but 50+ is not out of the question.