Oregon is coming off a 31-24 in the PAC-12 Championship game on December 18th over USC. Oregon was a three-point underdog in that matchup, but the Ducks were able to win the Championship outright. Oregon is currently ranked #25 in the nation according to college football playoff polls. Oregon finished the season with a 3-2 regular season and a 4-2 record after the PAC-12 crown. Oregon's losses were to Cal and Oregon State, two games that Oregon would love to have back. Oregon was a bit inconsistent this season, but its performance in the PAC-12 Championship was the strongest by far. Oregon scores 33.7 points per game and earns 429.7 total yards of offense per contest as well. Oregon also allows 27.3 points per game and concedes 409.5 total yards of offense per contest to its opponents.

Iowa State is a 4.5-point favorite and the total is set at 57.5. I think Iowa State is going to win this game, but I think it comes by a field goal or less. Oregon has a tough defense, a defense that was stellar in the game against USC a few weeks ago. Oregon can also run and pass very efficiently. I would not be surprised to see Oregon win this outright, but I think this is a field goal game either way. I will take the points with Oregon. 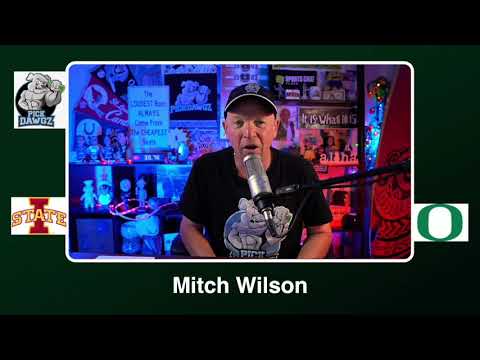