The NC State Wolfpack and Kentucky Wildcats face off on Saturday for the Gator Bowl at  EverBank Field.

The NC State Wolfpack have looked good this season and they currently sit with an 8-3 record overall and they have won each of their last four games, although it has been against easier competition. The most impressive win during that stretch was against Liberty by a point all way back at the end of November. On the season, NC State is averaging 31.1 points per game while their defense is giving up 29.7 points per game. Bailey Hockman has been under center for NC State and coming into this game he has thrown for 1820 yards, 12 touchdowns, and eight interceptions.

On the other side of this matchup is the Kentucky Wildcats who didn’t have the best regular season and they were inconsistent at best. Kentucky has lost two of the last three games but the two losses were against Alabama and Florida. The one win during that stretch was in their last game against South Carolina, and it was the offense that was the difference putting up 41 points and that led to the victory. Quarterback Terry Wilson Jr had a big game throwing for 201 yards. He also rushed for 41 yards and another touchdown. On the season Kentucky is averaging 21.7 points per game while their defense is giving up 26.4 points per game. In this game, Kentucky is going to need their defense to step up in a big way. 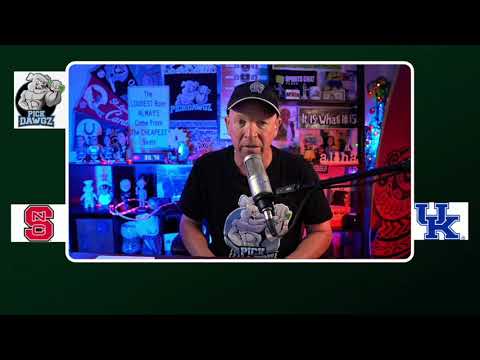