The Clemson Tigers and Ohio State Buckeyes face off on Friday for the Sugar Bowl at Mercedes- Benz Stadium.

The winner of this game will face either the Alabama Crimson Tide or Notre Dame Fighting Irish in the National Championship game.

The Clemson Tigers only have one loss on the season and that was earlier in the season against Notre Dame when they didn’t have Trevor Lawrence. In the last game for Clemson in the ACC Championship game, their defense locked down giving up only ten points total and that was the difference as they won 34-10. On the season, Clemson is averaging 44.9 points per game while their defense is giving up 17.5 points per game. Clemson is led at quarterback by Lawrence and on the season he has thrown for 2753 yards, 22 touchdowns, and four interceptions. Of course, the offense will need to be good in this game, but more importantly, the defense is going to need to find a way to slow down the high-scoring attack of Ohio State.

On the other side of this matchup is the Ohio State Buckeyes who played a limited schedule because of COVID and the Big Ten getting out to a late start on the season. Ohio State comes into this game with a 6-0 record but they did have some issues against Northwestern in the Big Ten Championship game. As 16.5 point favorites, Ohio State could only win by 12 points. On the season Ohio State is averaging 42.5 points per game while their defense is giving up 21 points per game. Quarterback Justin Fields has been impressive with his arms and his legs. On the season, Fields has thrown for 1,521 yards, 15 touchdowns, and five interceptions. One problem heading into this game is there are still a lot of question marks about key players and if they will be cleared off the COVID list.

I think Fields is going to have his best game of the season and that will lead to Ohio State keeping this game close. They might not do enough to win the game, but they will cover the spread. In terms of the total, this game should be a shootout that goes over the total. 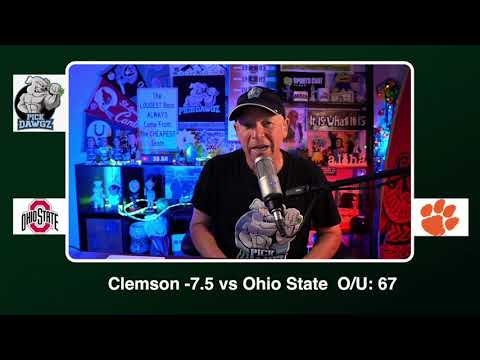