The Cincinnati Bearcats and Georgia Bulldogs face off on Friday for the Peach bowl at Mercedes- Benz Stadium.

The Georgia Bulldogs have found success this season with their two losses coming this season against Florida and Alabama, the two teams playing for the SEC championship game. The Bulldogs have won three games in a row and they have covered the spread in two of the last three games. In the last game against Missouri, the offense was elite putting up 49 points and that led to the blowout victory. On the season Georgia is averaging 33.2 points per game while their defense is giving up 19.9 points per game. Under center for Georgia in this game should be JT Daniels and coming into this game he has thrown for 839 yards, nine touchdowns, and one interception.

On the other side of this matchup is the Cincinnati Bearcats who come into this game they sit with a perfect 9-0 record. Even with the success, the Bearcats have failed to cover the spread in each of the last two games. In the last game against Tulsa, they were 13.5 point favorites, but they could only win by three point. On the season Cincinnati is averaging 39.3 points per game while their defense is giving up 16 points per game. Cincinnati quarterback Desmond Ridder has had a big year and it looks like he very well could be a sleeper quarterback in the NFL draft. On the season Rider has thrown for 2,090 yards, 17 touchdowns, and six interceptions. In this game, if Cincinnati is going to come away with a win, it’s going to need to be Ridder who has his best game of the season against a very good defense.

Cincinnati hasn’t faced a defense like Georgia and I think he is going to really struggle against it. Look for Georgia’s defense to lock down Ridder and the Cincinnati offense and that will lead to Georgia winning this game and covering the spread. 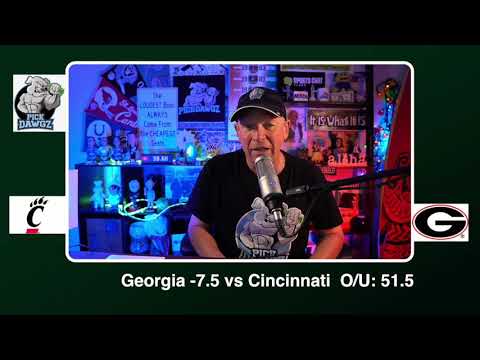