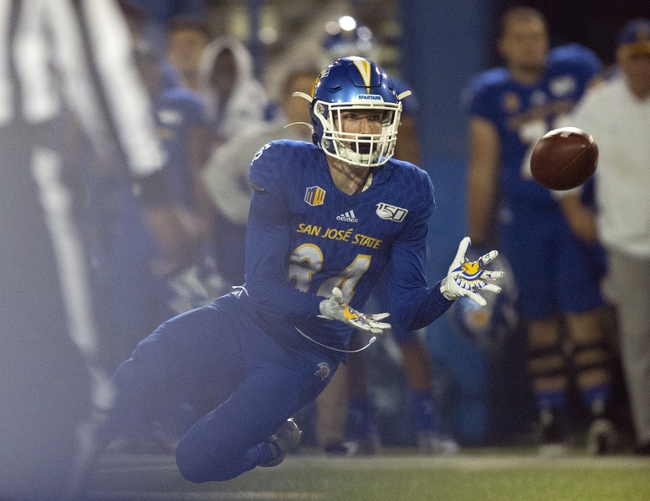 The San Jose State Spartans will be looking to build off the 2019 campaign.  San Jose State finished with a record of (5-7) and a (2-6) record in the Mountain West Conference.  The offense averaged 30.1 points per contest, which ranked in the top half of the FBS. The defense was not as strong, allowing 31.9 points per game, which was 99th in the FBS.  Brent Brennan is the head coach for San Jose State.

The offense was led by quarterback Josh Love.  Love passed for 3,923 yards, while throwing 22 touchdowns and 8 interceptions.  However, Love was a senior last season and the offense will be looking for a replacement.  Nick Nash looks to have the best chance at the quarterback opening. Nash, who was a freshman last season, passed for 133 yards and 2 touchdowns, while completing 12 of 17 passes.  Nash also added 255 yards rushing and 3 touchdowns. The receiver duo of Tre Walker and Isaiah Hamilton will be back. Walker who will be a senior hauled in 79 receptions for 1,161 yards and 2 touchdowns.  Hamilton snagged 43 receptions for 718 yards and 2 scores.

As a team, the defense totaled 17 sacks and 16 interceptions.  The leader in sacks was Jessie Osuna with 3. Osuna was a senior last season.  Safety Jay Lenard will be back in the secondary as a senior. Lenard collected 95 tackles, while adding 2 interceptions.  Bobby Brown II added 24 tackles and 3 interceptions in a reserve role.

Let us take a look at the San Jose State schedule for the 2020 season.