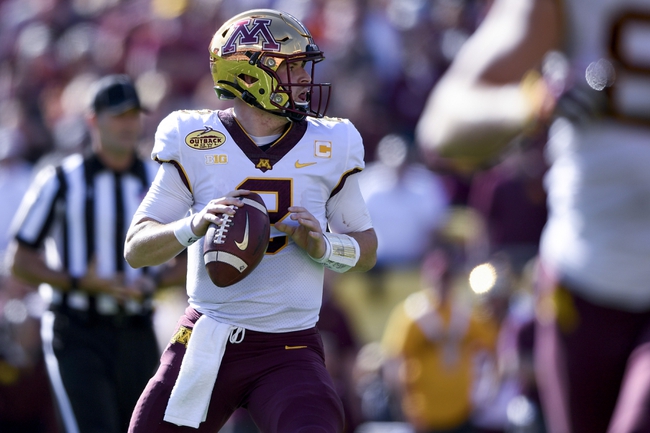 The Minnesota Golden Gophers had their best season in recent history in 2019 finishing with an 11-2 record. The Gophers had big wins over Penn State, Purdue, and finished off the season beating the Auburn Tigers in the Outback Bowl. Get College Football Predictions at Pick Dawgz.

The offense for Minnesota won’t have Tyler Johnson back as he went to the NFL, but most of the talent from last year’s team is back.

Quarterback Tanner Morgan is back after completing 66 percent of his passes for 3,253 yards, 30 touchdowns, and seven interceptions. With another strong year, there is going to be a lot of chatter if he leaves the team for an NFL.

Outside Minnesota is led by Rashod Bateman who should be a first-round pick. During the 2019 season, Bateman caught 60 passes for 1,219 yards and 11 touchdowns. Chris-Autman-Bell will be the second wide receiver, but the rest of the spots are wide open.

On defense, the Gophers will be without Antonie Winfield, and Carter Coughlin, but this still be a strong option.  On defense last season, the Gophers gave up 184.2 yards per game through the air, and 122.4 on the ground.

The Big Ten is always tough, but this schedule could be a lot worse. They don’t have to play Ohio State and that is a big gift.

The Gophers win total is set at eight and after winning 11 games, that number is way too low. Look for the Gophers to finish with at least 10 wins with the tough games being against Iowa and Wisconsin again this year.

Minnesota is also going to make a big statement with a blowout win over the Michigan Wolverines.