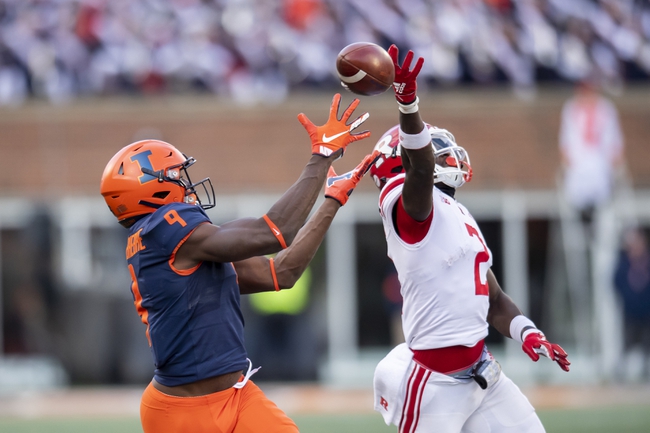 The Illinois Fighting Illini made it to the playoffs for the first time since 2014.  The Fighting Illini participated in the Redbox Bowl against California. Illinois went (6-6) for the regular season and went (4-5) during Big Ten play.  Coach Lovie Smith will be looking to lead Illinois to back to back playoff appearances for the first time since 2010-2011 seasons.  Get College Football Predictions at Pick Dawgz.

Brandon Peters paced the Fighting Illini on offense, after throwing for 1,884 yards, 18 touchdowns, and 8 interceptions.  He completed 55.3 percent of passes. Illinois lost their top 2 running backs from last season due to graduation. Illinois will be looking to replace Reggie Corbin and Dre Brown from last season.

The two players that are expected to fill the void from the duo that graduated are Ra'Von Bonner and Mike Epstein.  Bonner will be a senior this season, after rushing for 225 yards on 65 attempts. The senior running back found the end zone 4 times a year ago.  Epstein figures to see a bulk of the playing time, if he can stay healthy. Epstein rushed for just 45 yards, after suffering an injury early in the season.  Epstein has played in just 13 games out of 37 possible games through 3 seasons at Illinois. During his freshman and sophomore seasons, the Fort Lauderdale, FL native rushed for 757 yards and 6 touchdowns.

Josh Imatorbhebhe led the Fighting Illini in receiving yards, hauling in 33 receptions for 634 yards and 9 touchdowns.  Donny Navarro added 345 yards receiving via his 27 receptions. As a team Illinois averaged 26.7 points per contest, which ranked 79th at the FBS level.

Defensively, Illinois allowed 26.2 points per game, which ranked 54th. As a team, Illinois totaled just 25 sacks on the season, while collecting 12 interceptions.  The defense was led by Dele Harding. Harding led the team in tackles, but has since moved on due to graduation. Oluwole Betiku Jr registered 9 sacks, which was a team lead.  As a junior, linebacker Jake Hansen totaled 72 tackles and forced 7 fumbles. Illinois needs to improve their pass rush from last season, as the defense averaged less than 2 sacks per game.

Let’s take a look at the Illinois schedule for the 2020 season.

Illinois will be getting their non-conference schedule out of the way early.  The Fighting Illini open the season against FCS Opponent Illinois State. Illinois State made it to the FCS playoffs,  making it all the way to the FCS quarterfinals, before losing to North Dakota State. Illinois will then host UConn as part of their home and home series in back to back years.  Illinois then plays host to Bowling Green.

The Fighting Illini should be 3-0 after the first 3 weeks.  This is assuming the team doesn’t stub their toe against a smaller school like last season, when Illinois lost to Eastern Michigan at home.  Illinois should be 3-0 before a very winnable game at Rutgers to open conference play. This would leave Illinois needing 2 more wins to cover the win total.  The Fighting Illini have winnable games against Purdue at home, while playing Indiana and Northwestern on the road. The projected win total sits at 5 wins. At the very worst this Illinois team should push, so I’ll put stock in the Fighting Illini to cover this win total and to have an above average chance to get back to the playoffs in back to back years.