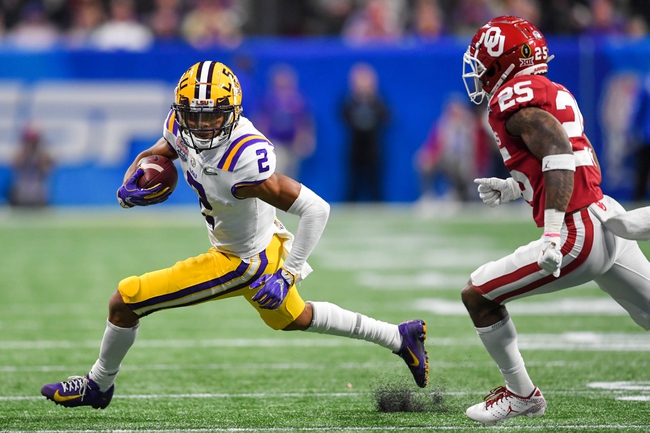 The LSU Tigers and the Clemson Tigers meet in the college football national championship game from Mercedes-Benz Superdome on Monday Night.

The LSU Tigers punched their ticket to the championship game by way of a 63-28 beatdown of Oklahoma in the Peach Bowl. Joe Burrow threw for 493 yards and 7 touchdowns on 29 of 39 passing while Myles Brennan threw for 39 yards in relief. Burrow rushed for a TD as did John Emery Jr. while Chris Curry led LSU with 89 rushing yards on 16 carries. Justin Jefferson had himself a game for the LSU receiving corps, with 14 catches for 227 yards and 4 touchdowns while Thaddeus Moss had 4 grabs for 99 yards and a TD and Terrace Marshall Jr. had 6 receptions for 80 yards and 2 TDs. Defensively, Jacob Phillips had a team-high 8 total tackles all of which were solo tackles while Patrick Queen also had 8 total tackles and K’Lavon Chaisson added a pair of sacks. Kary Vincent Jr. also had an interception for LSU in the victory. As a team, LSU is averaging 554.5 yards of total offense and 47.8 points per game while allowing 342 yards of total defense and 21.2 points per game against this season.

The Clemson Tigers booked their trip to the championship game thanks to a 29-23 win over Ohio State in the Fiesta Bowl. Trevor Lawrence threw for 259 yards and 2 touchdowns on 18 of 33 passing while also leading Clemson in rushing with 107 yards and a touchdown on 16 carries. Travis Etienne had 36 rushing yards and a touchdown while also leading Clemson in receiving with 3 grabs for 98 yards and 2 touchdowns. Justyn Ross had a team-high 6 catches for 47 yards as well in the win. Defensively, Isaiah Simmons and Nolan Turner each had an interception while Baylon Spector had a pair of sacks and Chad Smith had a team-high 12 total tackles including 8 solo tackles. As a team, Clemson is averaging 547.7 yards of total offense and 46.6 points per game while allowing 244.7 yards of total defense and 10.6 points per game against this season.

This is the game that a lot of us were hoping to see when these matchups were announced, heck, even before they were announced, and here we are. You could honestly make a case for either side, as LSU has been dynamic to say the least while Clemson has an edge in experience having already won one of these before. However, while Clemson had a solid comeback against Ohio State, the Tigers still looked sluggish for much of the opening half, and those kinds of starts can’t happen against an LSU team that flies up and down the field and really gets after it on both sides of the ball. We’ve seen Joe Burrow excel in high-pressure spots already this season, what’s one more? I think that this will be a solid game but LSU is just the slightest bit the better team and wins this game by a touchdown, so I’ll lay the points with LSU in this one. See you all next year!

Get Premium Picks Start Winning Now »
The pick in this article is the opinion of the writer, not a PickDawgz site consensus.
Previous Pick
North Dakota State vs. James Madison - 1/11/20 College Football Pick, Odds, and Prediction
Next Pick
Utah vs. BYU - 9/3/20 Early Look College Football GOY Picks and Predictions 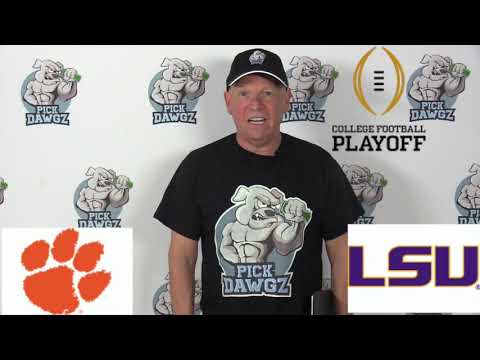