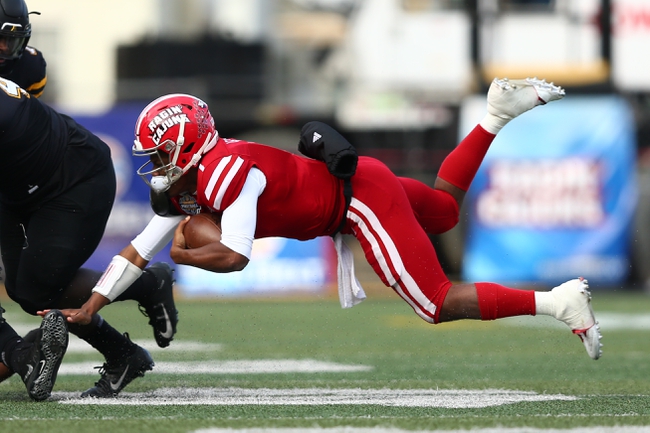 The Louisiana Ragin’ Cajuns and the Miami-Ohio RedHawks meet in the LendingTree Bowl in college football action from Ladd-Peebles Stadium.

The Louisiana Ragin’ Cajuns enter this game representing the Sun Belt conference, finishing the year with a 10-3 overall record, including 7-1 in Sun Belt conference play, sitting atop the West division, where Louisiana earned a spot in the Sun Belt conference championship game, a game that Louisiana lost to Appalachian State by a final score of 45-38. Levi Lewis threw for 2,804 yards, 24 touchdowns and 4 interceptions on 63.6% passing while Elijah Mitchell led the Cajuns in rushing with 1,092 rushing yards and 15 touchdowns. Raymond Calais added 867 rushing yards and Trey Ragas chipped in 796 rushing yards and 11 TDs. Ja’Marcus Bradley leads the Ragin’ Cajuns in receiving with 53 catches for 818 yards and 8 touchdowns while Jamal Bell and Jarrod Jackson each had 400+ receiving yards this season. Defensively, Jacques Boudreaux led the Ragin’ Cajuns with 91 total tackles while Joe Dillon had a team-high 6 sacks.

The Miami-Ohio RedHawks come into this game representing the MAC after finishing the year with an 8-5 record, including 6-2 in MAC conference play, sitting at the top of the MAC East division, earning a spot in the MAC title game where the RedHawks defeated Central Michigan by a final score of 26-21. Brett Gabbert threw for 2,163 yards, 11 touchdowns and 8 interceptions while Jaylon Bester had 689 rushing yards and 12 TDs and Tyre Shelton had 528 rushing yards. Jack Sorenson led the RedHawks in receiving with 34 catches for 461 yards and 4 TDs while James Maye had 432 receiving yards and Jalen Walker tallied 369 receiving yards this season. Defensively, Sterling Weatherford led the RedHawks with 93 total tackles including 58 solo tackles while Travion Banks had a team-high 5 interceptions and Ivan Pace Jr. led Miami-Ohio with 7 sacks.

The boatload of points is kind of tempting with a conference champion in Miami-Ohio, but the Ragin’Cajuns have had stiffer competition all season long and are no strangers to playing at Ladd-Peebles Stadium, having already played there this season in a 37-27 win over South Alabama. The Cajuns also have a definite advantage on offense and I think the RedHawks keep things close in the beginning but ultimately, Lewis, Mitchell and co. end up being too much for Miami-Ohio to handle, so I’ll lay the points with Louisiana here. 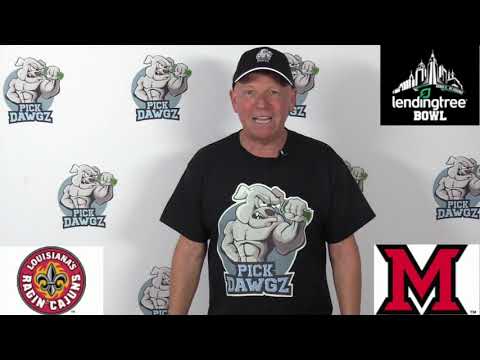