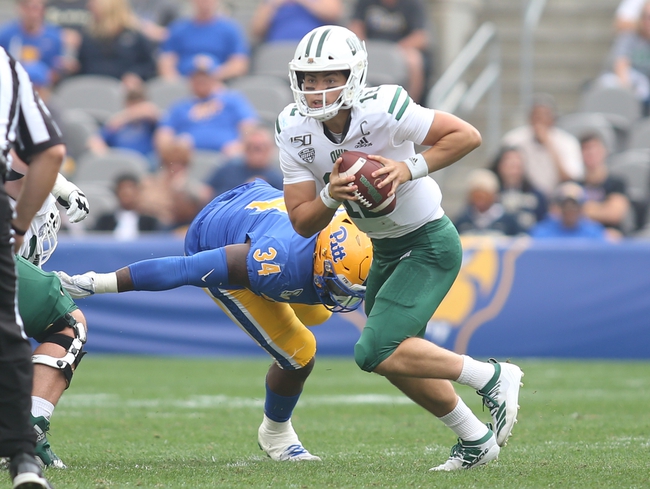 The Nevada Wolf Pack and the Ohio Bobcats meet in the Famous Idaho Potato Bowl in college football action from Albertsons Stadium.

The Nevada Wolf Pack come into the game representing the Mountain West conference after finishing the year with a 7-5 overall record, including 4-4 in Mountain West conference play to finish in 3rd in the West division. Carson Strong threw for 1,933 yards, 10 touchdowns and 7 interceptions on 63.4% passing while Toa Taua leads the Wolf Pack in rushing with 759 rushing yards and 6 touchdowns and Devonte Lee also has 293 rushing yards and 6 rushing scores of his own. Elijah Cooks led Nevada in receiving in the regular season with 62 catches for 729 yards and 7 touchdowns while Romeo Doubs chipped in 649 receiving yards on 44 grabs with 4 touchdowns. Defensively, Tyson Williams led Nevada with 77 total tackles while Dom Peterson had 8 sacks and Daniel Brown had 4 interceptions. As a team, Nevada is averaging 360 yards of total offense and 21.3 points per game while allowing 398.8 yards of total defense and 32.1 points per game against this season.

The Ohio Bobcats enter this game representing the MAC after finishing the year with a 6-6 overall record, including 5-3 in MAC conference play to finish in a three-way tie for 2nd place in the MAC East division. Nathan Rourke led the Bobcats with 2,676 yards, 20 touchdowns and 5 interceptions on 61.4% passing while also rushing for 780 yards and 12 scores. O’Shaan Allison led Ohio with 823 rushing yards and De’Montre Tuggle added 547 rushing yards while Isiah Cox led the Bobcats in receiving with 590 receiving yards on a team-high 36 catches. Shane Hooks had 515 receiving yards with 5 TDs and Ryan Luehman chipped in 351 yards and 5 scores of his own while Jerome Buckner added 326 receiving yards. Defensively, Javon Hagan led Ohio with 99 total tackles while Austin Conrad led the Bobcats with 4 sacks on the year. As a team, Ohio is averaging 443.3 yards of total offense and 34.7 points per game while allowing 401.7 yards of total defense and 27 points per game against this season.

Normally fading the MAC is one of my favorite plays during bowl season as the MAC is 5-19 in bowl games since the 2015-16 season. However, Ohio’s responsible for two of those wins, and they’ve come in the last two years as Frank Solich has done a good job with this Ohio program. Nevada had a decent year, but Rourke’s dual-threat ability adds another level to what the Bobcats bring to the table, and I just don’t see Nevada keeping pace here, so I’ll lay the points with Ohio in this one.

Get Premium Picks Start Winning Now »
The pick in this article is the opinion of the writer, not a PickDawgz site consensus.
Previous Pick
Tennessee vs. Indiana - 1/2/20 College Football Gator Bowl Pick, Odds, and Prediction
Next Pick
Tulane vs. Southern Miss - 1/4/20 College Football Armed Forces Bowl Pick, Odds, and Prediction 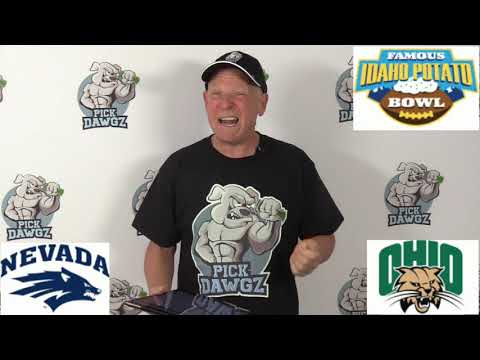