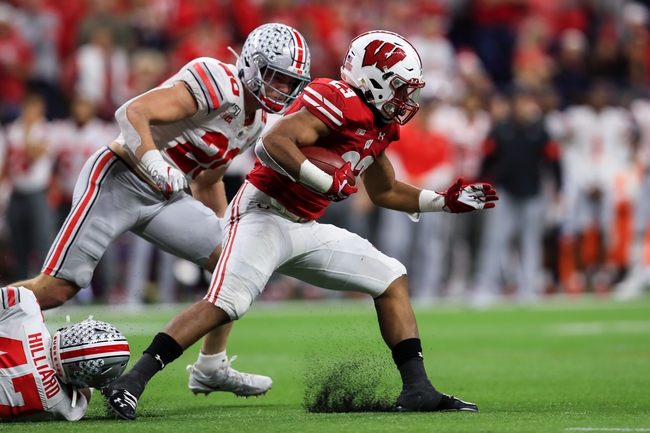 The Wisconsin Badgers and the Oregon Ducks meet in the Rose Bowl in college football action from the Rose Bowl on New Year’s Day.

The Wisconsin Badgers come into this game representing the Big Ten after finishing the year with a 10-3 overall record, including a 7-2 mark in Big Ten conference play to finish tied atop the Big Ten West division with the Minnesota Golden Gophers, earning their spot in the Big Ten championship game on the final day of the regular season over the Gophers. Jack Coan has thrown for 2,541 yards, 17 touchdowns and 4 interceptions on 70.1% passing while Jonathan Taylor leads the Badgers in rushing with 1,909 yards and 21 rushing TDs. Quintez Cephus leads Wisconsin in receiving with 52 grabs for 842 yards and 6 TDs while Jake Ferguson has 343 receiving yards and six other Wisconsin receivers have 200+ receiving yards this season. Defensively, Jack Sanborn and Chris Orr each have a team-high 72 total tackles with Sanborn logging 5.5 sacks while Orr has 11.5 sacks. Zack Baun came right behind with 71 total tackles while leading the Badgers with 12.5 sacks this season. As a team, Wisconsin is averaging 442.3 yards of total offense and 34.6 points per game while allowing 295.2 yards of total defense and 16.1 points per game against this season.

The Oregon Ducks come into the game representing the Pac-12 after finishing the year with an 11-2 overall record, including 8-1 in Pac-12 conference play, following a 37-15 win over Utah in the Pac-12 championship game. Justin Herbert threw for 3,333 yards, 32 touchdowns and 5 interceptions while CJ Verdell led the Ducks on the ground with 1,171 yards and 8 touchdowns. Travis Dye added 655 rushing yards while Cyrus Habibi-Likio added 337 rushing yards and 10 touchdowns. Johnny Johnson III led Oregon with 55 grabs for 818 receiving yards and 7 touchdowns while Jaylon Redd, Jacob Breeland and Juwan Johnson each had 400+ receiving yards with Redd having 7 TDs, Breeland 6, and Johnson 4. Defensively, Kayvon Thibodeaux led the Ducks with 9 sacks while Verone McKinley III and Jevon Holland each had a team-high 4 interceptions and Troy Dye had a team-high 75 total tackles. As a team, Oregon is averaging 453.3 yards of total offense and 35.5 points per game while allowing 331.1 yards of total defense and 15.7 points per game against this season.

I think this will be one of the best games of the entire bowl slate for football purists, as both teams have solid depth up front and have star power with Herbert for Oregon and Jonathan Taylor for Wisconsin. However, I give a slight edge to Wisconsin as I feel that Taylor is going to have a big day after not being invited to the Heisman ceremony after putting up a Heisman-worthy season and I just think that this one is decided by a game-winning field goal by the Badgers so I’ll lay the points with Wisconsin here. 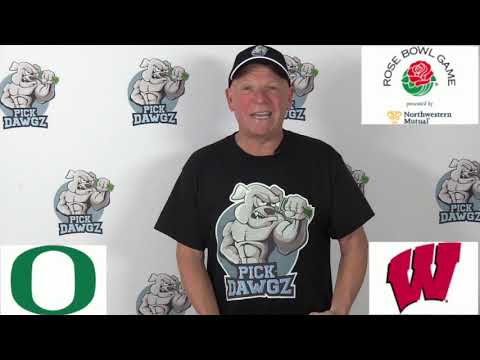