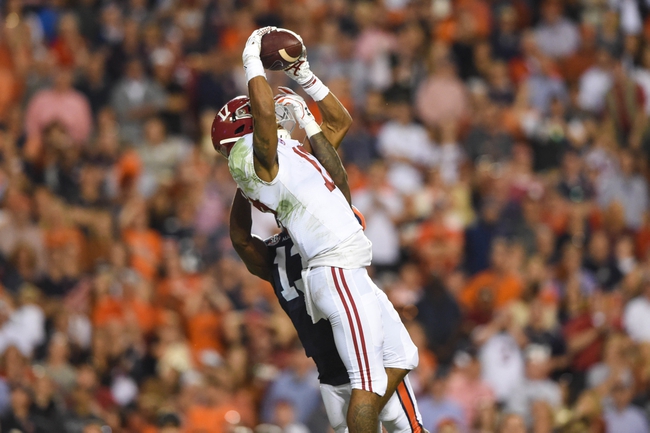 The Alabama Crimson Tide and the Michigan Wolverines meet in college football action in the Citrus Bowl from Camping World Stadium on New Year’s Day.

The Alabama Crimson Tide come into this game representing the SEC with an overall record of 10-2, finishing 2nd in the SEC West division with a 6-2 conference record, missing out on the college football national playoffs for the first time in the tournament’s history. Tua Tagovailoa threw for 2,640 yards, 33 touchdowns and 3 interceptions on 71.4% passing but got injured late in the season, leaving the offense up to Mac Jones, who threw for 1,176 yards, 11 touchdowns and 3 interceptions on 69.8% passing. Najee Harris led Bama in rushing with 1,088 rushing yards and 11 touchdowns while Brian Robinson Jr. had 425 rushing yards and 5 touchdowns. DeVonta Smith led Alabama with 1,200 receiving yards and 13 touchdown grabs while Jerry Jeudy had 71 catches for 959 yards and 9 touchdown grabs. Henry Ruggs III also had 719 receiving yards and Jaylen Waddle added 553 receiving yards. Defensively, Xavier McKinney led Alabama with 85 total tackles while Jared Mayden had a team-high 4 interceptions and Anfernee Jennings had a team-high 7.5 sacks this season. As a team, Alabama averaged 513.5 yards of total offense and 48.3 points per game while allowing 318.8 yards of total defense and 18.8 points per game against this season.

The Michigan Wolverines come into this year’s Citrus Bowl representing the Big Ten after finishing the year with an overall record of 9-3, including 6-3 in conference play to finish in 3rd in the Big Ten East division. Shea Patterson threw for 2,828 yards, 22 touchdowns and 6 interceptions on 57.3% passing while Zach Charbonnet led the Wolverines in rushing with 642 rushing yards and 11 touchdowns. Hassan Haskins also had 561 rushing yards while Ronnie Bell led the Wolverines in receiving with 43 catches for 694 yards and Nico Collins came right behind with 33 catches for 681 yards and a team-high 7 receiving touchdowns. Defensively, Khaleke Hudson led Michigan with 97 total tackles and a team-high 43 solo tackles while Josh Uche led Michigan with 8.5 sacks and Ambry Thomas added 3 interceptions. As a team, Michigan is averaging 402.7 yards of total offense and 33 points per game while allowing 293.9 yards of total defense and 19.5 points per game against this season.

One of the biggest questions I’ve heard coming into this game is how much drive will Alabama have with this being the first season since the playoff was invented that the Tide aren’t a part of it, and to be honest, I think that just adds fuel to the fire. It’s not as if Alabama was slighted by the selection committee, Alabama put themselves in this spot with an easy non-conference schedule for the most part and couldn’t get the job done in the big games when they needed the performance the most. I think coach Saban has been on his guys since Alabama announced they’d be in this game. On the other hand, Michigan is talented, but if there’s one thing I’ve learned covering these articles for the last couple of years, it’s to not trust Jim Harbaugh in these big time games as Michigan just doesn’t get the job done. I think Alabama makes a statement in this game, so I’ll lay the points with the Crimson Tide in this one. 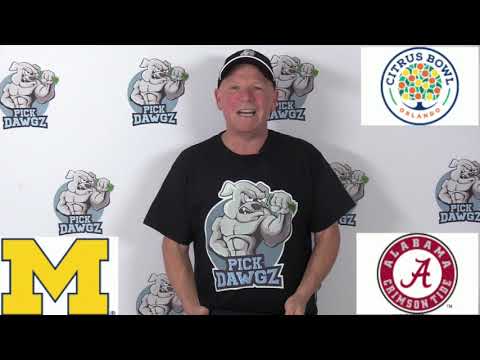