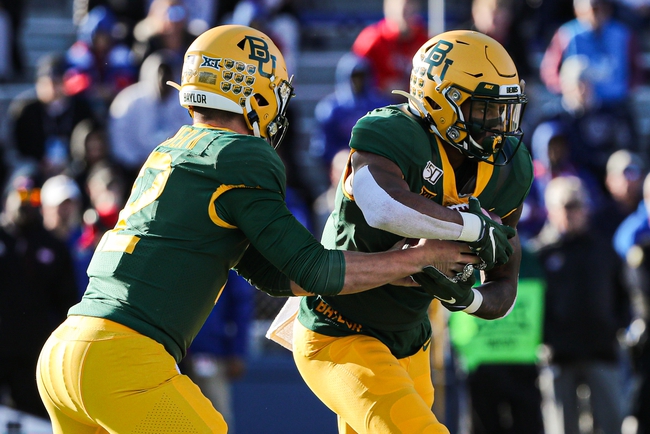 The Georgia Bulldogs and Baylor Bears meet Wednesday in the college football Sugar Bowl at the Mercedes-Benz Superdome on New Years Night.

The Georgia Bulldogs have a chance to win at least 12 games for the fifth time in school history. The Georgia Bulldogs have won five of their last six non-home games. Jake Fromm is completing 60.3 percent of his passes for 2,610 yards, 22 touchdowns and five interceptions. Fromm has one or less touchdown passes in four of his last eight games. George Pickens and Lawrence Cager have combined for 1,028 receiving yards and 11 touchdowns while Demetris Robertson has 30 receptions. The Georgia Bulldogs ground game is averaging 189.3 yards per contest, and D'Andre Swift leads the way with 1,216 yards and seven touchdowns. Defensively, Georgia is allowing 12.6 points and 274.2 yards per game. Monty Rice leads the Georgia Bulldogs with 84 tackles, Azeez Ojulari has 4.5 sacks and Richard LeCounte has two interceptions.

The Baylor Bears have a chance to win 12 games for the first time in school history. The Baylor Bears have won five of their last six non-home games. Charlie Brewer is completing 65.2 percent of his passes for 2,950 yards, 20 touchdowns and six interceptions. Brewer has one or less touchdown passes in six of his last 11 games. Denzel Mims and Tyquan Thornton have combined for 1,699 receiving yards and 16 touchdowns while R.J. Sneed has 38 receptions. The Baylor Bears ground game is averaging 174.5 yards per contest, and John Lovett leads the way with 637 yards and five touchdowns. Defensively, Baylor is allowing 19.3 points and 358.9 yards per game. Terrel Bernard leads the Baylor Bears with 107 tackles, James Lynch has 12.5 sacks and Grayland Arnold has six interceptions.

The Georgia Bulldogs have been one of the more consistent teams from start to finish, but their offense has been shaky at times down the stretch and Fromm hasn't been the difference maker through the air he was supposed to be. The Baylor Bears were quietly impressive this season and their only two losses came against a playoff team in Oklahoma, games decided by a combined 10 points. Baylor has shown it can go toe-to-toe with the big boys, and there's going to be a lot of motivation on that side with a possibility of becoming the winningest team in school history. I want the points in what should be one of the moer exciting bowl games of the season.

Get Premium Picks Start Winning Now »
The pick in this article is the opinion of the writer, not a PickDawgz site consensus.
Previous Pick
Wisconsin vs. Oregon - 1/1/20 College Football Rose Bowl Pick, Odds, and Prediction
Next Pick
Cincinnati vs. Boston College - 1/2/20 College Football Birmingham Bowl Pick, Odds, and Prediction 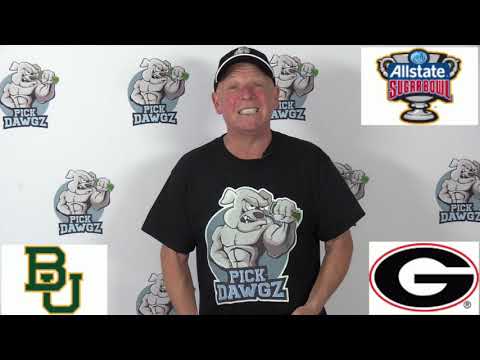