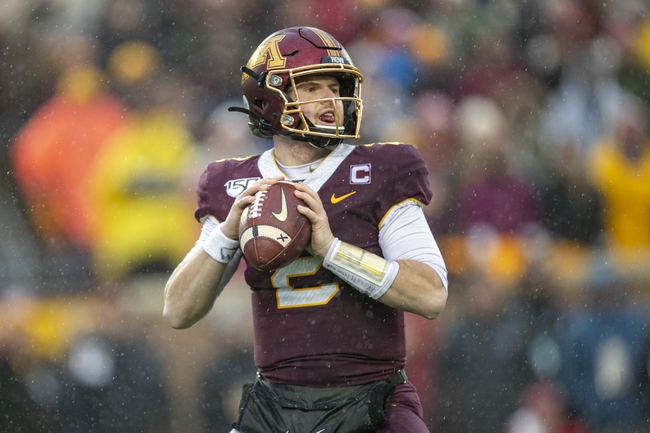 The Minnesota Golden Gophers and the Auburn Tigers meet in the Outback Bowl in college football action from Raymond James Stadium on New Year’s Day.

The Minnesota Golden Gophers come into this game representing the Big Ten after finishing the year with a 10-2 record, including a 7-2 mark in Big Ten conference play, tied for the top spot in the West division but losing out on a spot in the Big Ten title game after losing to Wisconsin on the final day of the regular season. Tanner Morgan threw for 2,975 yards, 28 touchdowns and 6 interceptions on 66.1% passing while Rodney Smith led the Gophers in rushing with 1,094 rushing yards and 8 touchdowns. Mohamed Ibrahim and Shannon Brooks rushed for 400+ rushing yards apiece while Rashod Bateman led Minnesota in receiving with 1,170 receiving yards and Tyler Johnson had a team-high 74 catches for 1,114 yards with both Bateman and Johnson logging 11 touchdown receptions. Defensively, Antoine Winfield Jr. led Minnesota with 80 total tackles including 58 solo tackles and 7 interceptions while Carter Coughlin had 4.5 sacks and Sam Renner had 4 sacks on the year. As a team, Minnesota is averaging 426.8 yards of total offense and 34.3 points per game while allowing 312.8 yards of total defense and 22.4 points per game against this season.

The Auburn Tigers come into this game repping the SEC after finishing the year with an overall record of 9-3, including a 5-3 mark in SEC conference play to finish in 3rd place in the SEC West division. Bo Nix threw for 2,366 yards, 15 touchdowns and 6 interceptions while JaTarvious Whitlow led the Tigers in rushing with 739 rushing yards and 9 TDs. D.J. Williams, Kam Martin and the aforementioned Nix each had 300+ rushing yards this season. Seth Williams led Auburn in receiving with 55 catches for 801 yards and 8 touchdowns while Anthony Schwartz and Eli Stove each had 300+ receiving yards. Defensively, Jeremiah Dinson led the Tigers with 79 total tackles while Marlon Davidson had 7.5 sacks. As a team, Auburn is averaging 421.4 yards of total offense and 34 points per game while allowing 323.9 yards of total defense and 18.6 points per game against this season.

Auburn has a definite talent advantage in certain aspects, and I wouldn’t be surprised if Auburn just turned things on and pulled away from Minnesota in the second half. However, the Golden Gophers are a well-coached team that would’ve been in the Big Ten title game if it weren’t for a few untimely miscues against Wisconsin and the Gophers have playmakers like Bateman and Johnson to keep Minnesota in it offensively. I see this one being a 4-7 point game, more towards the 4, so I’ll take a shot with Minnesota and the points here. 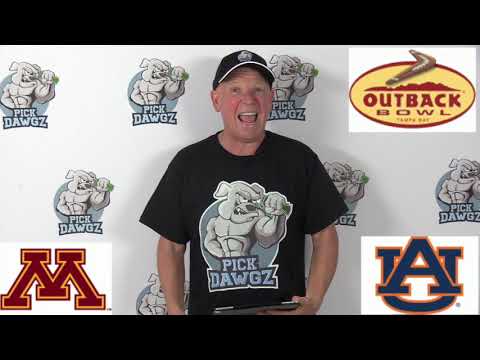