Army is coming off a 10-7 win over Air Force in its last game to win the Commander-In-Chief trophy. Army defeated Navy via a 15-0 score in the previous week to move the Black Knights record to an impressive 9-2. Army may have not had the toughest of schedules, but this team was still able to mount together nine wins, which is always an impressive feat. Army is on a three-game winning streak over three teams that feature triple-option offenses. Army has scored 27.3 points per game and earned 324.9 total yards of offense per contest as well. Army has allowed 14.0 points per game to its opponents, as the defense has held up very well this season.

West Virginia opens as a 7-point favorite and the total is set at 41.5. I think we see a similar result in this game to what the TCU vs. LA Tech game had. Army may be good, but West Virginia and the Big 12 is a completely different beast. I think West Virginia wins this by two touchdowns. 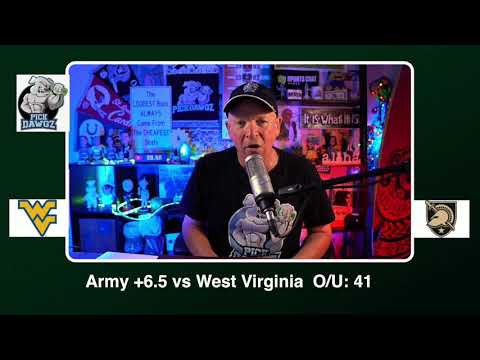