The 24th ranked Tulsa Golden Hurricane finished their regular season with an overall record of 6-2 while finishing regular season C-USA conference play with a perfect 6-0 record. Tulsa went up against the 9th ranked Cincinnati C-USA Championship, however, wasn’t able to pull off the upset victory after the Bearcats escaped with a 27-24 victory. Despite losing in the C-USA Championship, it was a very successful season for the Golden Hurricane as they were competitive in a 16-7 loss to Oklahoma State and picked up two top-25 wins against UCF & SMU. This will be the first Bowl appearance for Tulsa since the 2016 season in which they defeated the Central Michigan Chippewas, 55-10, in the Miami Beach Bowl.

The Mississippi State Bulldogs finished their regular season with an overall record of 3-7 while finishing regular season placed tied for last in the SEC-West conference with a 3-7 record. Mississippi State started the season off with an incredible 44-34 upset victory against the 6th ranked LSU Tigers, however, things went bad for the Bulldogs in a hurry as they lost their next four game, including a 41-0 loss at Alabama. The Bulldogs were more competitive down the stretch as they had 7-point losses at Georgia & Ole Miss and finished the regular season on a strong note, defeating the Missouri Tigers, 51-32. This will be Mississippi State’s 10th straight bowl appearance and the Bulldogs will hope to rebound after last year’s 38-28 loss to the Louisville Cardinals in the Music City Bowl.

Mike Leach’s and his “Air Raid” offense got off to a quick start this season, however, the SEC is s different monster than the Pac-12 and the Bulldogs struggled putting up points as they finished the season with 109th ranked scoring offense. Mississippi State played better down the stretch when they moved to Will Rodgers, however, the Bulldogs are going to have their hands full in this one as Tulsa is one of the better defenses in the country and have been solid against the pass, ranking 22nd in passing defense. Mississippi State played better down the stretch, however, I think there are going to struggle a bit against the Tulsa defense and as I think Zach Smith and the Golden Hurricane offense will be able to put up some points, I’m going with Tulsa to cover this spread. Good Luck! 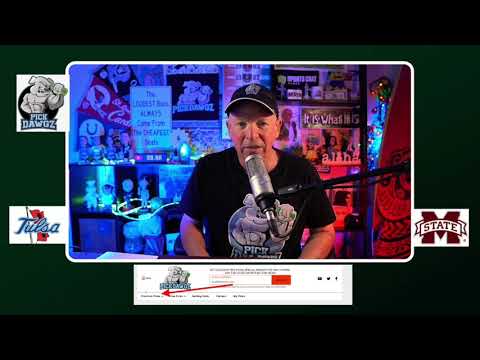