The Ball State Cardinals and 22nd ranked San Jose State Spartans will square off at Arizona Stadium on December 31st in the Arizona Bowl.

The Ball State Cardinals finished their regular season with an overall record of 6-1 while finishing MAC-West play with a 5-1 conference record. Ball State started off the season with a 38-31 loss to the Miami-OH RedHawks, however, the Cardinals were able to reel off 5 straight wins including fighting back from a 27-13 deficit in the regular season finale against Western Michigan to earn a spot in the MAC Championship. Ball State came into the MAC Championship as heavy underdogs, however, has one of their best defensive performances of the season and was able to win the championship after defeating Buffalo by a 38-28 margin. Ball State will be looking for their first Bowl victory in their history as their 0-7 with their last Bowl appearance being in the 2013 GoDaddy Bowl in which they lost to the Arkansas State Red Wolves, 23-20.

The 22nd ranked San Jose State Spartans finished their regular season with a perfect 7-0 record which including going 6-0 in Mountain West play. San Jose State picked up a nice 30-20 win in their regular season finale against Nevada and although being underdogs in the Mountain West Championship against Boise State, the Spartans dominated the Broncos and a 34-20 victory. San Jose State has a 7-3 overall record in their 10 Bowl appearances and will be appearing in their first Bowl game since 2015 when they defeated Georgia State by a 27-16 margin in the Cure Bowl.

Ball State was able to pull off a great victory against a very good Buffalo team, however, the Cardinals are not going to have an easy time generating offense against a San Jose State team that comes into this game ranked 13th in scoring defense, 16th in rushing defense, & 60th in passing defense. San Jose State has some solid offensive weapons led by QB Nick Starkel and as I think the Spartans will be able to win the battle on both sides of the ball, I expect a double-digit victory from the Spartans and that they cover this spread. Good Luck! 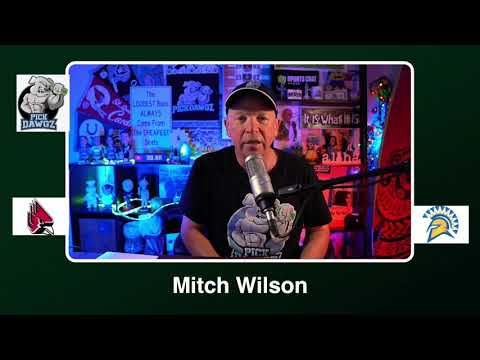