The Oklahoma State Cowboys and Miami Hurricanes face off on Tuesday for the Cheez-It Bowl at Camping World Stadium.

The Oklahoma State Cowboys come into this game with a 7-3 record overall but they are coming off a big win in their last game. In the last game against the Baylor Bears, Oklahoma State put up 42 points while their defense gave up only three points and that led to a blowout victory. On the season Oklahoma State is averaging 29.5 points per game while their defense is giving up 22.4 points per game. One problem for this team is they will be without running back Chubba Hubbard who opted out the rest of the season to get ready for the NFL draft. Under center for Oklahoma State is Spencer Sanders and on the season he has thrown for 1702 yards, 10 touchdowns, and eight interceptions.

On the other side of this matchup is the Miami Hurricanes who sit with an 8-2 record overall but they are coming off a blowout loss against the North Carolina Tar Heels. In the last game, against North Carolina, Miami gave up 72 points and they are going to need better defense in this game. On the season Miami is averaging 34 points per game while their defense is giving up 26 points per game. D’Eriq King has been excellent under center for this team throwing for 2570 yards, 22 touchdowns, and five interceptions.

I know Miami’s defense struggled in the last game, but in this one, I think they are going to find more success. Miami’s offense led by D’Eriq King will find enough success to beat out Oklahoma State. Back Miami against the spread. 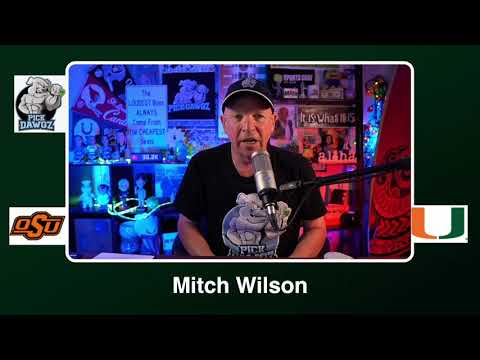