The 19th ranked Louisiana Ragin’ Cajuns and UTSA Roadrunners will square off at Gerald J. For Stadium in the SERVPRO First Responder Bowl on December 26th.

The 19th ranked Louisiana Ragin’ Cajuns finished their regular season with an overall record of 9-1 while finishing 1st in Sun Belt West play with a 7-1 conference record. Louisiana was hoping to get revenue in the Sun Belt Championship against the Costal Carolina Chanticleers who gave the Ragin’ Cajuns their only loss of the season, however, the Sub Belt Championship was canceled due to Covid-19 issues within the Costal Carolina program. Louisiana kicked off the season with an incredible 31-14 upset on the road against Iowa State and won their last 6 regular season games which included an impressive 24-21 victory in their regular season finale against Appalachian State. Louisiana will be looking for it’s 2nd straight bowl win after defeating the Miami (OH) Redhawks, 27-17, in last season’s LendingTree Bowl.

The UTSA Roadrunners finished their regular season with an overall record of 7-4 and finished 2nd in C-USA West play with a 5-2 conference record. UTSA started the season with just a 3-3 record, however, the Roadrunners were competitive on the road in single-digit road losses to both UAB & BYU and finished the season strong winning their last three games. UTSA will be looking for it’s first bowl victory in their history as the Roadrunners lost their only other bowl appearance to the New Mexico Lobos in the 2016 New Mexico Bowl.

If you like running games, you’re going to enjoy this matchup as UTSA has one of the better rushers in the country in Sincere McCormick while the Ragin’ Cajuns have the 26th ranked rushing offense led by Elijah Mitchell. Louisiana is a heavy favorite for a reason, however UTSA is a solid team this season that has a knack of keeping games close as their losses between UAB, BYU, and Army came by just an average of 9 ppg and as I think Sincere McCormick will have some success in this one, I think the Roadrunners do enough to cover with the points. Good Luck! 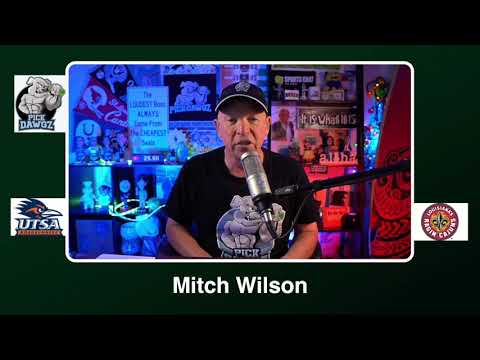