The Buffalo Bulls and Marshall Thundering Herd face off Friday in the Camellia Bowl at Cramton Bowl.

Marshall got out to quite a fast start to their season winning each of their first seven games of the season but since that point they have lost two games in a row. Two games ago against Rice the offense didn’t get on the board and in the last game against UAB they could only manage 13 points and that led to the back to back losses. On the season, Marshall is averaging 30.6 points per game while their defense is giving up 12.6 points per game. Marshall has been under center for the Thundering Herd and on the season he has thrown for 1977 yards, 18 touchdowns, and nine interceptions. In this game the offense needs to get going.

On the other side of this matchup is the Buffalo Bulls who sit with a 5-1 record and their only loss came in their last game against Ball State in the MAC championship game. Buffalo is an elite offensive team and coming into this game they are averaging 47.8 points per game. Quarterback Kyle Vantrease has been good for the team but the real strength of this team is with their running game. The best back for Buffalo has been Jarret Patterson who has rushed for 1,072 yards and 19 touchdowns. Buffalo is going to want to keep the ball on the ground.

Even against a good defense, Buffalo is going to find offensive success and that will be the difference in this game. Look for Marshall to score a bit, but Buffalo will score more and that will lead to the Bulls winning this game and covering this spread. 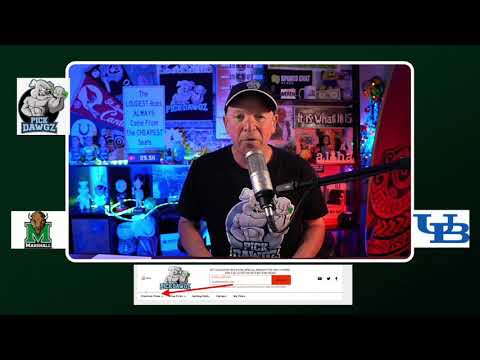